Currently, there are very few shows, if any, that are generating the same level of excitement as the forthcoming Neil Gaiman creation The Sandman.

Whether it has been casting controversy, all-star announcements or teasing hints dropped by the streaming service, Gaiman’s comic has been in the news an awful lot lately.

This latest instalment in the shows unfurling production saga, however, might be the most exciting yet… or at least it certainly was for Gaiman. The writer was evidently thrilled to be given the chance to head behind the scenes at Surrey’s Shepperton Studios to see how things are coming along.

As Gaiman, who is working as an Executive Producer for the series, happily announces in the short video posted by the streaming service: “Our art department, our set decorators, our production designers… they are wizards.”

The clip also features Tom Sturridge who is taking on the role of Dream in the cherished classic comic book series. “It’s an awesome responsibility,” he gingerly announced, “because it’s something that is so beloved.”

While former Game of Thrones star Gwendoline Christie who is set to play Lucifer adds, “I knew that I simply had to be involved in this project because something truly unique was going to happen. The sets are vast. Great amount of detail and care is put into how it’s being brought to life.”

You can catch the clip, packed with all sorts of set previous and snippets, below. 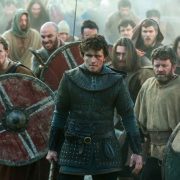 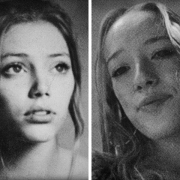