Sandman is the forthcoming Netflix series based on Neil Gaiman’s original comic book series of the same name and it sees the classic wizard of dreams escape incarceration and embark on a journey to reclaim his ‘lost equipment’.

Gaiman himself has taken on an executive producer and co-writing role for the series, which has now welcomed Jenna Coleman, Asim Chaudhry, David Thewlis and Kirby Howell-Baptiste among others to the cast.

However, the casting has proven somewhat controversial. Several fans have contacted the author on Twitter or else voiced their views via other means that often the casting decisions bears very little likeness of the graphic depictions in the comic book.

Quite how somebody is meant to look like a black and white drawing is another matter entirely, but it hasn’t stopped several fans from claiming Gaiman has sold out.

“Why sell out?” one fan Tweeted, “Just stand by your work or do you lack the intestinal fortitude? It irks me more that you just don’t even give a f—k.”

To which Gaiman replied: “I give all the f*cks about the work. I spent 30 years successfully battling bad movies of Sandman. I give zero fucks about people who don’t understand/haven’t read Sandman whining about a non-binary Desire or that Death isn’t white enough. Watch the show, make up your minds.”

The source of much of the controversy was the perceived idea that Gaiman had succumbed “to woke culture”, after the role of Desire was given to the non-binary actor Mason Alexander Park. What made this claim even more ludicrous is that Desire is actually depicted as non-binary in original comments. Prompting Gaiman to remark, “[If] you’d have to have read the comics to know that. And the shouty people appear to have skipped that step.”

It would also appear that filming is already underway after Gaiman revealed he was very impressed by the dailies he had been receiving to date. However, no release date has yet been announced and it would seem that the proposed 11 episode series is still very much in its infancy.

You can, however, catch a trailer for Gaiman’s previous foray from page to screen with Good Omens, below. 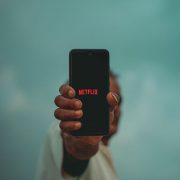 All movies and TV Shows leaving Netflix this June 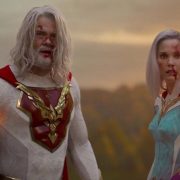