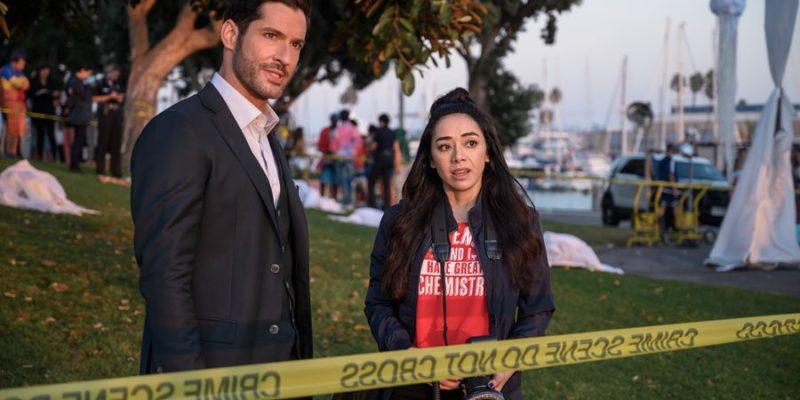 Before we get into the nitty-gritty of stuff, here’s the history that you need to be aware of before proceeding. Right up, the immensely popular and acclaimed Lucifer revolves around the story of Lucifer Morningstar, played by Tom Ellis, who as the Devil abandons Hell for the City of Angels, Los Angeles, where he subsequently runs his own nightclub named ‘LUX’ and becomes a consultant to the LAPD. With every passing day on Earth, Lucifer realises that he is evolving into someone opposite to that of the devil. Looking for action, he soon gets involved with the local police and assists them in solving tricky criminal cases.

While the first season received mixed reviews from critics, subsequent seasons were better rated, with particular praise being drawn towards Ellis’ performance. Despite initially high viewership for its debut, ratings remained consistently low throughout the series’ three-season run on Fox. Disappointed with the response to the show, Fox cancelled Lucifer after three seasons; and a month later, Netflix picked up the series for the fourth season, which received high ratings and critical acclaim.

Lucifer has since emerged to become one of Netflix’s biggest Original series. The show also had the biggest TV debut on Netflix since the introduction of the top 10 feature globally in early 2020, which was further reflected in the Neilsen viewing figures. Riding on the success, Netflix renewed the series for a fifth season of 16 episodes, the first half being released on August 21, 2020. Although the fifth season was initially reported to be the last, in June 2020 the series was renewed for a sixth and final season of ten episodes.

The first part of Lucifer season five is available to stream right now on Netflix, with the second half still to come. With that, we’re now all ready to realize everything there is to know about the upcoming part-season of Lucifer.

What is the production status of Lucifer Season 5 Part 2?

From what we know, most of part two has already been filmed, with shooting for the sixth season ongoing right now. It is believed that until the world actually came onto a standstill courtesy the global pandemic, every episode up until episode 16 had been shot. That was later contradicted by Tom Ellis who said: “We were about halfway through it. So we go back, we start with that, and then we go straight into season 6.”

What is the cast for Lucifer Season 5 Part 2?

Tom Ellis plays the titular character who will be obviously returning for the second part of season five. Kevin Alejandro (Dan), Lauren German (Chloe), D.B. Woodside (Amenadiel), Scarlett Estevez (Trixie), Aimee Garcia (Ella Lopez), and Lesley-Ann Brandt (Mazikeen) will also reprise their roles. Most of the key cast members will return for the remainder of season five, although there may be a few exceptions.

The main star who hogged the limelight right at the end of episode eight will be continuing his appearance into the second half. That’s right, Dennis Haysbert who plays the role of God will be continuing in the second half, with his inclusion in the series being announced back in January 2020. “We did like the big crazy list of [possible actors for the part], and he was my top choice. We were lucky. It was our first and only offer,” showrunner Joe Henderson was heard saying.

When will Lucifer Season 5 Part 2 be released?

Co-showrunner Joe Henderson recently teased that that Season 5 Part 2 will be the “most emotional season” of the show so far. “[It’s] our most emotional chunk for all of the darkness in 5A,” he said. “Lightness is mixed in but I feel like 5A started a little darker. 5B will be both brighter and even darker still and it’s always darkest before the dawn.”

A great deal of that emotion will stem from the newly introduced family dynamic. “This is a family story,” added Henderson. “Dad’s home and he’s not happy with what his kids have been up to. That is so much of what we will explore in 5B is just that family relationship, and the emotional aspects of that.”

Since then, Henderson has also described the season 5B finale as “amazing” in another tweet. He explained that watching “the latest cut” of the episode left him “filled with gratitude”. “Watched 30 minutes of the debate, and then turned it off,” Henderson began. “Instead I watched the latest cut of the season 5 Lucifer finale, and was filled with gratitude for an amazing cast, crew and writing staff because HOLY SHIT it is so damn amazing!!”

We are expecting Netflix to be sticking with Lucifer for a while too. On November 23rd, the Lucifer Twitter account teased a cryptic clue about what we can expect from season 5 which said: “When could the release date of 5B possibly be? we can’t reveal that but what we can reveal: get ready for ***’s extended stay on *****

All said and done, the one episode that’s sure to make a big impression is the musical, set in an alternate universe from the 1940s and shot entirely in black and white. It will be airing in the upcoming tenth episode.

“We wanted to have a real grounded storey reason why they’re singing and dancing, and not just, ‘Oh, this is going to be the one where everybody sings and dances’,” Modrovich said via Entertainment Weekly.

When will Lucifer Season 5 Part 2 be available for streaming?

As for an actual release date, one can expect Season 5 Part 2 of Lucifer to arrive on Netflix in Q1-Q2 of 2021 given the remaining filming obligations. There have been rumours that one of the episodes may drop on Netflix for Christmas 2020. The official December 2020 list omits, it but who knows, it could be a surprise.

Based on all of this, the sixth season would then be available in either very late 2021 or more likely 2022. Tom Ellis himself speculated that we could see Season 5 Part 2 around Christmas, however saying “I would imagine, sort of Christmastime or early next year.”

The co-showrunner, Joe Henderson, responded to a Twitter post saying, “I mean, it’s finished SHOOTING. We still have plenty to do before it’s ready for Netflix! (I don’t want to get anyone’s hopes up about timeline).” Fans eagerly waiting may have to remain patient a little longer. If everything goes accordingly, we can expect Lucifer Season 5 Part 2 to release sometime in early 2021. 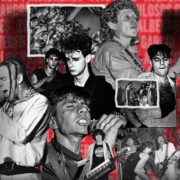 A full list of new documentaries on Netflix in December 2020 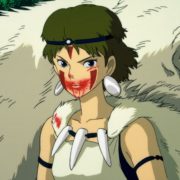 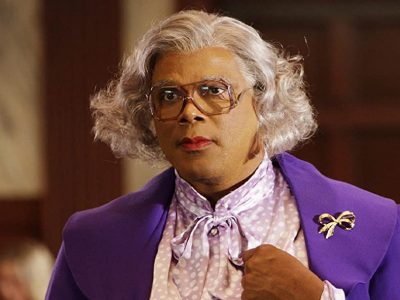