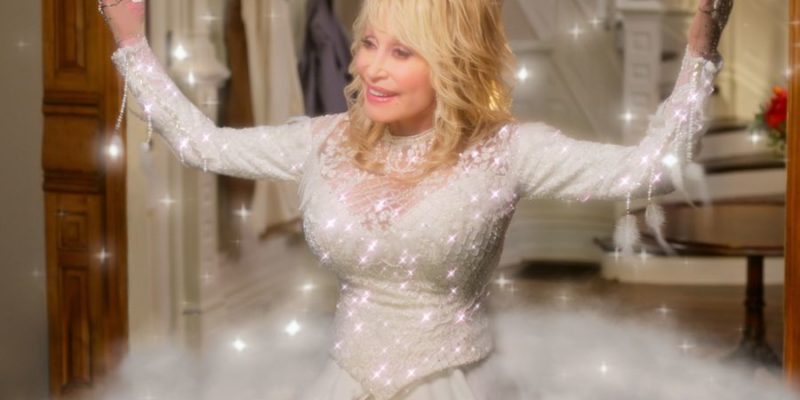 Ho-ho-ho, the Santa Claus month is right here! As unreal as it might sound, this means that we’re finally well into December, which marks the end of what has been an extremely bizarre year. Now, with the festivities knocking on our doors, it calls for the need to end this year on a well-strung and cheerful note. It’s the time to step back, snug up with our loved ones, and reel in the warmth of Christmas.

In these pandemic-affected times, perhaps the best way to spend the holidays would be inside our homes, with lots of cakes and good wine, and well-curated holiday movies to go along with it. Like the other years, Netflix this time around too has assembled up an impressive collection of holiday and Christmas-themed films for our viewing.

For those craving for more, there are plenty, including Home for Christmas 2 and the third season of The Great British Baking Show: Holidays. The streaming service has a little bit of everything too, from classic Christmas movies like White Christmas and How the Grinch Stole Christmas to newer favourites, including Netflix original films A Christmas Prince, The Christmas Chronicles, and The Princess Switch.

Below, we have listed all the Christmas films and series currently streaming on Netflix that you can look forward to watching.

All Christmas films and series on Netflix:

The Holiday Movies That Made Us

The Holiday Movies That Made Us looks at two iconic holiday movies – Elf and The Nightmare Before Christmas. Unwrap the real stories behind these iconic Christmas blockbusters, thanks to insider interviews and behind-the-scenes peeks.

It’s the favourite parts of Sugar Rush – with a holly-jolly holiday twist – in this Christmas-themed spin on competitive baking.

Especially if you’re someone who digs desserts, you’re in for a sweet treat with this one with glimpses of creativity and food craft well put together.

Equipped with lights, garland and tinsel, interior designer Benjamin Bradley and his team of elves work around the clock to bring holiday cheer to families and communities deserving of a home makeover for the most joyous time of year.

A whirlwind Christmas romance builds as cynical Dash and optimistic Lily trade dares, dreams and desires in the notebook they pass back and forth at locations around New York City.

The eight-episode series is based on David Levithan and Rachel Cohn’s young adult novel – Dash & Lily’s Book of Dares.

Angela’s Christmas Wish is a heart-warming tale of a determined little girl who sets out to reunite her family in time for Christmas.

Based on the characters from Pulitzer Prize-winning author Frank McCourt, it is a tender and funny story about the importance of family and togetherness.

The second instalment in The Christmas Chronicles film series, it features Kurt Russell reprising his role as Santa Claus.

It follows teenager Kate Pierce, who is reunited with Santa Claus when a troublemaker threatens to cancel Christmas – forever.

Huttsgalor’s favourite winter festival is finally here! But will some ice-breathing dragons put a frost on everyone’s fun?

Here, Odinyule, the feast of the Viking’s sharing, begins with the snow. But if the Rescue Team does not step in, perhaps the tradition will be cancelled due to extreme weather conditions.

Dolly Parton’s Christmas on the Square

The holiday musical, which features 14 original songs from the singer, enjoys a story revolving around a Scrooge-like woman planning to sell a small town against the wishes of the local people. With the situation looking fire, angel Dolly arrives to step in.

The seasonal cheer comes to a screeching halt when a cold-hearted woman tries to sell her hometown’s land. Can music, magic and memories change her mind?

If you thought things were complicated enough between Margaret and Stacy, things are gonna get even crazier now that there’s a third lookalike who is ready to stir up some trouble.

When Duchess Margaret unexpectedly inherits the throne to Montenaro and hits a rough patch with boyfriend Kevin, it’s up to her double, Princess Stacy, to get these star-crossed lovers back together.

Singers Bob Wallace and Phil Davis join sister act Betty and Judy Haynes to perform a Christmas show in rural Vermont. There, they run into Gen. Waverly, the boys’ commander in World War II, who, they learn, is having financial difficulties; his quaint country inn is failing.

So what’s the foursome to do but plan a yuletide miracle: a fun-filled musical extravaganza that’s sure to put Waverly and his business in the black!

In a small town, a hardworking single mom and her adorable small daughter are both ripe for being swept off their feet by a runaway country music star hiding out from fame as the holiday approaches.

Hometown Holiday follows an entertainment lawyer as he travels to his sister’s small town to sign a musical sensation. But once there, he meets an intriguing local who pushes him to question his strongest-held beliefs about love.

Bradley Hamilton and Sarah Troyer bring the romance as Ryan and Krista, two singles who quickly hit it off.

This Netflix holiday movie offers energetic sequences, charming music and a delightful cast. Set decades after his apprentice betrays him, a once joyful toymaker finds new hope when his bright young granddaughter appears on his doorstep.

It should give viewers, especially children, a welcome hit of Christmas magic.

A New York Christmas Wedding is the kind of holiday romance you will never find on Hallmark or Lifetime channels. But you can see it on Netflix!

As her Christmas Eve wedding draws near, Jennifer is visited by an angel and shown what could have been if she hadn’t denied her true feelings for her childhood best friend.

Midnight at the Magnolia

Directed by Max McGuire, the plot of Midnight at the Magnolia follows the lives of two childhood friends who have now turned colleagues at a radio station.

Both of them decide to pretend to be a couple to increase the chances of their radio show going big and eventually fall in love with each other.

Loosely based on the real-life U.S. Air Force Operation Christmas Drop humanitarian mission, the film’s plot follows Congressional aide Erica Miller as she lands at a beach-side Air Force base, where she clashes with Capt. Andrew Jantz over his pet project – Operation: Christmas Drop.

When Blitzen suddenly announces his retirement, Santa needs to find a replacement. Against all odds, Elliot and his best friend, Hazel, set out to prove that he is the horse for the job.

As Elliot and Hazel take on the North Pole reindeer try-outs, Hazel learns that Christmas, as we know it, maybe headed for disaster.

Romance threatens to cloud a detective’s judgement in this fun romantic comedy that’s a bit more original than the usual Christmas TV movie.

Detective Mackenzie Bennett is hot on the trail of Carson, a suspected diamond thief, and goes undercover to catch him in the act. While working, Mack not only falls for Carson but begins to suspect that he’s been framed.

Christmas with a Prince

Directed by Fred Olen Ray and starring Viva Bianca, Kirk Barker and Aaron O’Connell, Christmas with a Prince follows Doctor Tasha, who is off to St. Savarre to spend Christmas with Prince Alex.

He proposes and they immediately begin making plans. Princess Miranda, unhappy about the news, concocts a plan to halt the nuptials.

Boasting legendary actor Danny Glover as the school’s unfortunate caretaker, Christmas Break-In follows energetic nine-year-old Izzy, who is stranded at school on the last day before Christmas break after a blizzard hits her town.

However, this is the last of her problems – after three intruders break in and hold the school’s caretaker hostage, it is up to Izzy to save the day.

Holidate is a rom-com about two strangers agreeing to be each other’s partner after feeling sick of being single on every special holiday.

Fed up with being single on holidays, two strangers agree to be each other’s platonic plus-ones all year long, only to catch real feelings along the way.  It’s sweet, it’s simple, and the cast is solid. It’s an easy premise to root for, but it couldn’t quite deliver on many of its moments. 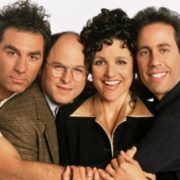 When will Seinfeld be on Netflix? Everything we know so far…