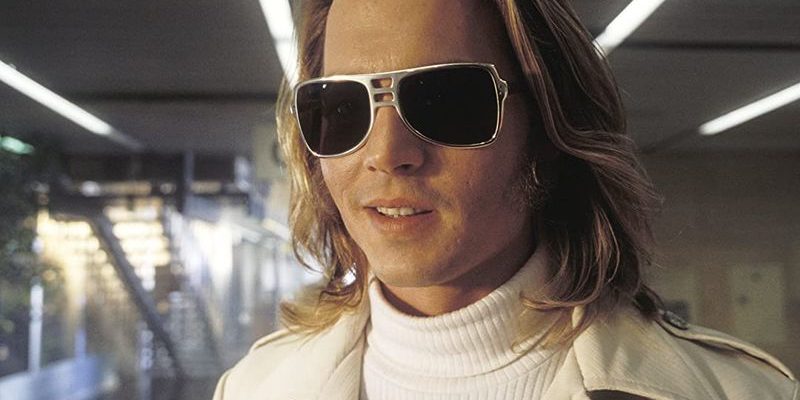 “I’m an old-fashioned guy. I want to be an old man with a beer belly sitting on a porch, looking at a lake or something.”

Johnny Depp, an actor of incredible talent, has the protean ability to adapt to any role assigned to him. Having received various awards and accolades, it remains somewhat of a modern-day tragedy that Depp has yet to win an Academy Award despite three nominations for some of his best and most memorable roles. Born in Kentucky on June 9, 1963, Depp’s family moved around quite a bit before his parents got divorced. His mother later remarried Robert Palmer, a figure who served as an inspiration to Depp and helped propel his future in the arts. Having dropped out of high school to become a rock band musician and pursued his dream, after being urged by his principal to do so, it was clear that Depp’s desire to do things on his own terms has existed from a young age.

Depp was first introduced to Nicholas Cage via his ex-wife and, upon Cage’s advice, he pursued acting. he played the main character’s boyfriend in A Nightmare on Elm Street following which he was roped in various film roles, including that of an undercover cop in 21 Jump Street which helped him amass a massive teen following. However, he was not very happy with his role and soon began to look for work that resonated with him. This led him to accept various indie film roles as well as start a fruitful collaboration with long-time collaborator Tim Burton, the first film being Edward Scissorhands where he met Winona Ryder, who would later go on to romance him, making them one of Hollywood’s most adored couples. Depp’s gut-wrenching portrayal of the lonely and misunderstood Edward earned him the first-ever Golden Globe nomination; Depp would go on to receive 10 such nominations.

Depp followed this film with other great roles in various films, namely What’sEating Gilbert Grape, Arizona Dream, Donnie Brasco and more, where his stellar performances garnered high praise from critics and audience alike. Depp is best known for his role as the eccentric pirate Jack Sparrow in the Pirates of the Caribbean franchise which earned him a SAG award as well as an Academy Award, Golden Globe and BAFTA nominations for his wonderful performance as the idiosyncratic, loud, hilarious pirate. His performance as Willy Wonka is something worth remembrance as well.

As the actor turns 58 today, let us take a look at some of his best films streaming on Netflix.

An undercover agent is pursued by the police for having sympathies for an embezzler. Elise, who is busy evading the police, finds herself a seat next to Frank, a community college mathematics professor on a train and ends up using him as a decoy to convince others that he is her lover. However, they soon find themselves escaping from the vicious claws of the police as well as the mobster from whom the original embezzler stole, embarking on a whirlwind adventure.

The director admitted how he could not resist casting such an incredible ensemble yet soon lost his creative autonomy as the actors took control. One shall be left crestfallen to see the lack of chemistry between Johnny Depp and Angelina Jolie which made it lacklustre. Yet their dance scene at the end was somewhat elegant and helped the picturesque scenery and the classic James Bond evocative espionage style thriller sets the film in motion; however, a somewhat weak plot and somewhat incompatible cast make the film lack effect.

“Different’s good. Where I come from, the highest compliment they can offer a person is to say that they’re down to earth, grounded. I hate it. It drives me nuts!”

George Jung is a young boy who belongs to a dysfunctional family that constantly struggles for survival. His father struggles to make a living while his mother is constantly nagging at him. The father finally goes bankrupt and this incites a fear within George who does not want to end up like his father. With a time skip to the 1960s, Tuna, a friend of George’s, advises the latter to deal marijuana to earn good money. George becomes a bigshot dealer and after going to prison, discovers cocaine. He gets richer by bringing cocaine to the United States upon his release. However, nothing is without consequence.

Ironically, the director passed away exactly a year after the film’s release with indications of cocaine in his system. The actors were made to snort milk powder as a substitute for cocaine in the scenes. Johnny Depp had improvised a lot of his dialogues and that added a sense of realism to it. He had interviewed the real George Jung to make his role more compelling, and he succeeded. Despite the film being a blow to the director’s reputation, Depp’s excellent performance helps shoulder it forward.

“May the wind always be at your back and the sun upon your face.”

Victoria Everglot, who is part of an impoverished aristocratic family is set to marry the son of a nouveau riche fish merchant family, Victor Van Dort as part of a mutually beneficial agreement. However, they soon fall in love but scared, Victor stutters with his vows before unknowingly practising his vows with a tree. As soon as he places his wedding ring on the root, it turns out to be the finger of Emily who rises from the dead and becomes Victor’s wife. An epic love triangle ensues where Victor, who is bound to Emily now, wants to pursue Victoria, who is to marry Lord Barkis Bittern, despite her unwillingness.

With an incredible ensemble comprising Helena Bonham Carter, Johnny Depp, Emily Watson and more, the film is a fun, macabre musical dipped in chaotic romance and is a brilliant visual aesthetic. Johnny Depp was shooting for both Charlie and the Chocolate Factory and Corpse Bride and it was indeed a challenging task for him according to the director as he said that “it might have been a little schizophrenic for him”.

Adding: “But he’s great. It’s the first animated movie he’s done and he’s always into a challenge.” Burton continued, “We just treat it like fun and a creative process. Again, that’s the joy of working with him. He’s kind of up for anything. He just always adds something to it.”

“With this candle, I will set your mother on fire.”

LAPD detective Russell Poole is investigating the murders of The Notorious B.I.G and Tupac Shakur in 1997. Nearly twenty years after he retires, he joins a reporter named Jack Jackson to uncover the truth behind unsolved mysteries, following the collaboration between Poole and Randy Sullivan as described in the latter’s book Labyrinth.

Although Sylvester Stalone had initially been considered for the role of Russell Poole, Depp was eventually cast in the role. Depp delivered a stellar performance as the retired police officer and the film provides a perceptive insight into the sensational murder cases of the two iconic rappers. Given the legal mess, Depp was embroiled in, the film had initially been blacklisted; however, owing to the Covid-19 pandemic, the film was released on Netflix and not throughout theatres.

“The truth has become a secret, a rare and dangerous commodity, highly prized and to be handled with great care.”

Charlie Bucket lives in abject poverty with his family. However, Charlie hits the jackpot when he wins one of the five much-coveted golden tickets that gives him the opportunity to tour the enchanting chocolate factory that belongs to the eccentric and mysterious chocolatier Willy Wonka. Charlie visits the factory with his grandpa where he meets four other children who get eliminated every time they show a certain flaw. They encounter various Oompa-Loompas and soon get a perspective of Wonka’s troubled childhood.

2005 was a busy year for  Helena Bonham Carter, Johnny Depp as well as Tim Burton who were shooting Charlie and the Chocolate Factory and Corpse Bride subsequently. Depp actually signed on the script without being familiar with the script because he wanted to add ingenuity to the character. The film provides a wonderful escape from reality. It gives a moralistic lesson about gluttony, greed and more, yet is a warm and delicious ride into the imaginative factory where dreams are made of ganache, candies and chocolates.

“ Everything in this room is eatable, even I’m eatable! But that is called “cannibalism”, my dear children, and is in fact frowned upon in most societies.”

A pet chameleon, Rango is left stranded in the Mojave desert when he falls off the owner’s car accidentally. He is taken in quickly by the anthropomorphic inhabitants of an Old West town named Dirt and the town is suffering from the lack of water. He quickly gains the confidence of the town through various heroic feats and soon gets appointed the Sheriff by the Mayor. However, he soon finds out the Mayor’s corruption and the impending doom that looms large over the town due to the advent of the vicious Rattlesnake named Jake and has to go to great lengths to protect the town he has grown to adore.

Johnny Depp and Isla Fisher have wonderful chemistry in this animated film. Creative and smart, smart, this film is a brilliant culmination of unwavering determination, sweat and effort. A hilarious and intriguing premise shows Rango saving the day while impressing the desert iguana Beans. Depp voiced multiple characters in the film and showed brilliant voice-acting skills. The film won the Academy Award for Best Animated Feature.

“No man can walk out on his own story.” 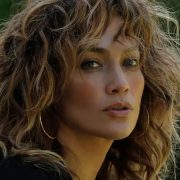