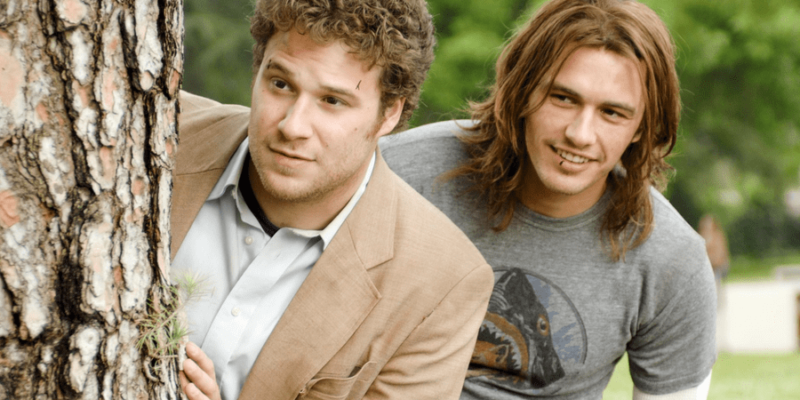 2020 hasn’t exactly been the best year for comedic value. The world outside continues to convalesce from the effects of the deadly virus, and we still find ourselves to be cooped up in the security of our homes, doing our able best in adjusting to this new normal.

The movies too have been back-burned for quite some time now. With the big production houses deciding to approach this unprecedented situation cautiously, the theatres and cinemas remain devoid of much new action. It is exactly during times like these that we need to remember to take it easy, make ourselves comfortable to the cosiness of our rooms, and go back to some of those laugh-out-loud comedy films that will help us in getting out of this emotional slump, and are sure to brighten up our moods.

Right now, Netflix contains an enviable, perhaps even slightly an oversaturated collection of the tongue-in-cheek comedy/romedy genre films throughout its vast repository. Admittedly, it can be quite an arduous task to crawl through the enormous stock of movies to find the right one. We being very kind, decided to take the task upon ourselves.

Here are the best ten comedy films you can find on Netflix right now.

The 10 best comedy movies on Netflix:

This hilarious dark comedy/road film from an early Todd Phillips stars Robert Downey Jr as to-be father Peter Highman who must get across the country to Los Angeles in time for the birth of his child, whilst hitch-sharing with aspiring actor Ethan Tremblay (Zach Galifianakis).

Deliriously funny, Due Date contains some genuine wild moments – as when Darryl (Jamie Foxx) mistakenly drinks some of Ethan’s father’s ashes, which were stored in a coffee tin and then subsequently throws the both of them out; or when Ethan flees leaving Peter alone in an inebriated state at the Mexico-United States border, where he is then arrested by the police for possession of marijuana.

While its lack of development in the relationships may deduct some valuable points, Due Date nonetheless packs dollops of laughs, thanks to the amazing performances from its two idiosyncratic leads.

Based on Kevin Kwan’s novel of the same name, Jon M. Chu’s modern retelling of Cinderella tells the story of a Chinese-American professor Rachel (Constance Wu), who travels to meet his boyfriend’s family back in Singapore, where she is shocked to realise that he belongs to one the richest households there.

Crazy Rich Asians, while being funny and predictable, also manages to entice the viewers by presenting two contrasting cultures head-to-head, separated by identity. Also starring the likes of Awkwafina, Henry Golding and Gemma Chan; the film ruled the box-office during the year of its release and is the highest-grossing romantic comedy of the 2010s.

Expressing his surprise at the success of the movie, Jon M. Chu commented: “After what I experienced with ‘Crazy Rich Asians,’ seeing the audience show up, it sort of reinvigorated the idea of going to the movies. That social aspect of sharing a movie with friends and strangers and family, that’s such a strong part of our tradition. The success we had would not have been possible any other way.”

Mark Water’s 2004 chick-flick Mean Girls starring queen bees Lindsay Lohan, Rachel McAdams, Tina Fey, and Amy Poehler among others, is in part based on Rosalind Wiseman’s non-fiction self-help book, Queen Bees and Wannabes, which describes female high school social cliques and the damaging effects they can have on girls. For the other part, Fey inspiration from some of her own experience at Upper Darby High School.

Now commanding a cult-following and being firmly inscribed in the books on modern pop-culture; Mean Girls is not just wickedly funny at its depiction of the high-school world, but also totally realistic and relatable – making it the go-to movie of the new and young generations. In a breakthrough role for Lohan, she played the sixteen-year-old Cady, who joins a new public school and soon enough finds herself to be in the good graces of an elite group of cool students dubbed ‘The Plastics’.

As the poster boy of the do-it-yourself superhero generation, Kick Ass, in fact, did kick some spectacular ass. Ridiculously funny, entertaining, and bloody; Matthew Vaughn’s satire of the modern superhero is the story of every other comic-devouring teenager out there.

Dave Lizewski (Aaron Johnson), sets out to become a real-life crime-fighter, rechristening himself the titular ‘Kick-Ass’. He soon finds himself caught up in an even bigger fight when he meets the equally unique-named ‘real’ superheroes Big Daddy (Nicolas Cage) and his eleven-year-old daughter (Chloë Grace Moretz) Hit-Girl, who team up together in their quest to bring down the crime boss Frank D’Amico (Mark Strong) and his son Red Mist (Christopher Mintz-Plasse).

For anyone who might have wondered before, the inspiration for making Pineapple Express indeed was Brad Pitt’s character in True Romance, a stoner named Floyd.

According to producer Judd Apatow he “thought it would be funny to make a movie in which you follow that character out of his apartment and watch him get chased by bad guys.”

This hysterical action/buddy/stoner film directed by David Gordon Green is an exceptional comedy, with Seth Rogen and James Franco as a pot-addicted duo running for their lives after Rogen’s Dale witnesses a corrupt cop and a drug lord murder a man.

A cinematic representation of the idea facing off the peaceful and loving people with the violent underworld: Pineapple Express is an exceptional laugh riot.

“A portrait of two decades in the life of a business; in the days of a dreamer; and the nights in between,” this Paul Thomas Anderson’s classic is truly one of cinema’s modern masterpieces.

Another one of the Seth Rogen-James Franco collaborations, The Interview stars the duo as journalists who set up an interview with North Korean leader Kim Jong-un and are then recruited by the CIA to assassinate him.

The film, heavily inspired by a 2012 Vice documentary which hilariously ends with North Korea becoming a denuclearised democracy and Sook-yin (Diana Bang) taking over as interim leader and was threatened action by the North-Korean government, making Sony delay its release from October to December, and reportedly re-edit the film to make it more acceptable to North Korea.

Rogen predicted that the film would make its way to North Korea, stating that “we were told one of the reasons they’re so against the movie is that they’re afraid it’ll actually get into North Korea. They do have bootlegs and stuff. Maybe the tapes will make their way to North Korea and cause a revolution.”

This political satire-comedy feature co-written by and starring Sacha Baron Cohen was one film that didn’t ever find itself to be devoid of inspiration during production. Producers Jeff Schaffer and David Mandel said that Baron Cohen’s character was inspired by real-life dictators like Kim Jong-il, Idi Amin, Muammar Gaddafi, Mobutu Sese Seko, and Saparmurat Niyazov. The film’s opening credits dedicate it to Kim Jong-il, “in loving memory”.

The plot follows the journey of Aladeen, a brutal dictator, who travels to New York to address the United Nations Security Council. However, his plans go distraught when a hitman hired by his uncle, Tamir, kidnaps him.

Outrageous, and with generous droppings of crude jokes and sexist remarks: The Director, even though controversial, makes for an extremely funny watch.

One of the greatest animated movies of all-time, Kung Fu Panda tells the loving tale of a bumbling panda named Po, a kung fu enthusiast. When an evil kung fu warrior named Tai Lung is foretold to escape from prison, Po is unwittingly named the “Dragon Warrior”, who was destined to defeat him.

According to director John Stevenson, it was originally intended to be a parody of martial arts films, but he decided instead to make an action comedy wuxia film that incorporates the hero’s journey narrative archetype for the lead character.

A technological breakthrough during its time, the computer animation in the film was more complex than anything DreamWorks had done before.

Dan Wagner, the head of Character Animation has been quoted saying: “We’ve had some productions that were stressful, but this one ran very smoothly and DreamWorks is this production as a template on how they would like future productions to run. We lucked out, and there really was a sense of harmony in the animation. Even the production people. We all seemed like we were on the same page, believing in the film. That doesn’t happen very often. I tell animators, you will be working on dumpers for most of your career, but every once in a while you get a gem. Kung Fu Panda was a gem.”

Robert Zemeckis’ brilliant sci-fi/adventure Back To The Future is not just only one of the best entertaining films of all-time; it is also one of the greatest films to be ever made, spawning one of the most successful movie franchises to date.

Starring Michael J. Fox as Marty and Christopher Lloyd as Doc, never takes it science very seriously. Instead, it manages to combine bits of everything, resulting in one grand potpourri of sci-fi, nostalgia, coming of age, and of course comedy – making it an important milestone in cinema history which continues to define generations till date.

While the main theme of Back to the Future concerns taking control and personal responsibility for one’s own destiny; a situation can be changed even if it seems otherwise impossible to overcome, Lea Thompson said that the film represents how one moment can have a significant and lasting impact on a person’s life. Producer Bob Gale said that Doc Brown provided the perfect summary of the theme running throughout the film series, when in Back to the Future Part III he said: “Your future is whatever you make it, so make it a good one.” 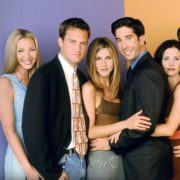 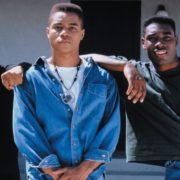 The 15 best movies added to Netflix in November 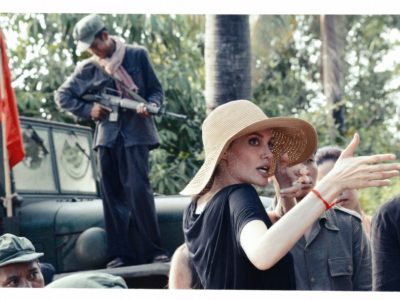