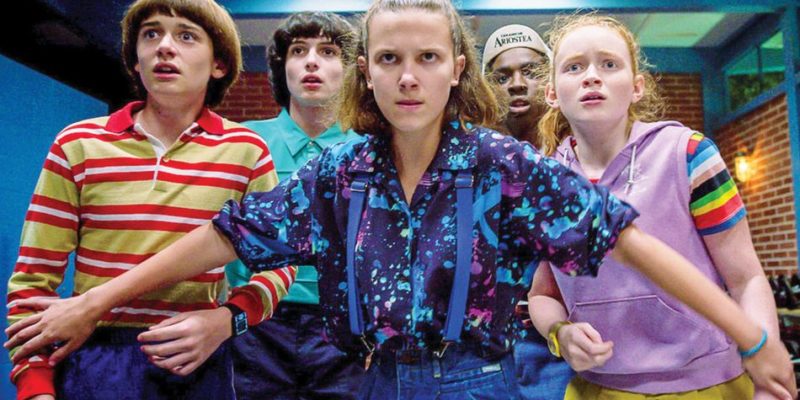 One of Netflix’s most popular shows, Stranger Things, attained success to meteoric heights with a classic child endangerment theme. Kids on bicycles trying to find their missing friend, a girl with telekinetic powers, dangerous species travelling to and from between dimensions, a wicked bureaucracy and nearly helpless adults. Stranger Things is a concoction of every child’s dream sequence where they save the day along with their cheeky friends.

Created by twin brothers Matt and Ross Duffer, the show is indeed an interesting one. With a wonderful three-season run, the fourth is on its way, and fans are hoping for it to be bigger and better. While Netflix wanted the creators to shoot the third and the fourth season back to back, they refused, earring over-exertion. The Duffers, who are huge Stephen King fans, wanted to initially direct a remake of King’s popular classic IT, which is practically responsible for triggering coulrophobia in kids and adults alike. After they were refused this opportunity, the brothers, inspired by King’s novel, came up with this brilliant idea for a show that would mirror their imaginative experiences as children and would, at the same time, be a romantic ode to the 1980s.

With a grunge-like ’80s effect as well as a resplendent Winona Ryder, the series has won hearts of millions worldwide. Even the master of horror himself has praised the show. Stranger Things, comprised of an incredibly talented set of actors which include Finn Wolfhard, Millie Bobby Brown, Noah Schnapp, Caleb McLaughlin, Gaten Matarazzo and more, has surpassed all initial expectations with an unerring proficiency.

With a group of cheeky and fun-loving kids on the sets, it is needless to say that the behind the scenes situation of this show must have been hilarious and interesting. From child actor’s farts stalling film production to Ryder being a real acting mother to Schnapp, giving him verbal encouragement, the Stranger Things set was anything but boring. Out of the many exciting events and trivia associated with the show, we have compiled ten most surprising behind the scenes facts about this popular show.

10. Dustin’s “purr’ was invented by the actor himself

Gaten Matarazzo plays Mike Wheeler’s friend,  Dustin Henderson on the series. An adorable and level-headed problem solver, Dustin, who loves fantasy, has an inclination towards science as well. He is the most intelligent boy in the group despite his occasional clumsy mistakes.

Gaten is impeccable as Dustin and is the major reason behind the character being so well-loved by the audience. Gaten is adept at impeccable impressions and had a brilliant Chewbacca impression which later turned out to be an inspiration for Dustin’s iconic purr in the series.

9. The Duffer brothers convinced the composers to leave their jobs for the show

Michael Stein and Kyle Dixon were a part of an electronic band named SURVIVE, and their music features in Adam Wingard’s 2014 horror flick The Guest, which caught the Duffer brothers’ attention. They were bowled over by the duo’s iconic and bizarre compositions and persuaded them to quit their jobs to come, work full-time on the sets of Stranger Things in order to produce the show’s music.

Most of the soundtracks used were old compositions which, Stein and Dixon, on the insistence of the crew, make a “bigger, bolder and kind of build to a climax” versions which resonated with the interests of the Duffers.

This original composition has helped bag an Emmy at the 69th Emmy Awards.

8. Dan Aykroyd and Ivan Reitman approved of the Ghostbusters costumes being used

The second season of Stranger Things features a Halloween trick or treating episode where the quartet is dressed as the iconic Ghostbusters from the Ivan Reitman’s film. The Duffer Brothers, who are great fans of the film, were very nervous while seeking permission from Reitman who sounded grave and sceptical over the phone. However, he gladly permitted the to make use of the costumes and said that he was extremely “flattered by it”.

When Dan Aykroyd, the screenplay writer of Reitman’s Ghostbusters who also played Ray Stantz in the film, was asked about it by CinemaBelnd, he explained how it “seemed to be a fantastic tie-in and a beautiful nostalgic tie-in as well”. He further said that the Stranger Things cast members were “essentially’ like “Ghostbusters in elementary school”.

7. Creation of a Sensory Deprivation Tank with 1200 pounds of epsom salt

Millie Bobby Brown, who played Eleven, the girl with telekinetic powers on the show, found herself in various predicaments. From being the reason behind shoot starting late due to her glitter-covered entrance to floating atop a pool filled with 1200 pounds of Epsom salt, she has done it all.

In the seventh episode of the first season, in order to communicate with Will, Eleven must isolate her thoughts. The children follow Mr Clarke, the high school science teacher’s advice and create a favourable saline environment, a Sensory Deprivation Tank, in a desperate attempt to find their lost friend. The production members used the same technique to shoot the sequence without employing special effects.

6. When a vegan cast member was grossed out by a scene

The sixth episode sees Dustin and Steve, walking along the train tracks and talking about intergalactic space slugs while laying out pieces of raw meat on the train tracks to lure Dustin’s pet, the absconding D’Artagnan.

This raw meat was made from chopped beef and watermelon to give it a touch of realism. It apparently grossed out Sadie Sink who plays max on the show. Being vegan, Sadie found it nauseous and disgusting.

The master of horror himself, Stephen King, was awestruck by Millie Bobby Brown’s performance on Intruders. He tweeted his appreciation for Brown’s phenomenal acting by talking about how “terrific” she was. King was the one who found the perfect Eleven for the Duffers.

Before she bagged the role in this series, Millie Bobby Brown was at an unbearable low with truckloads of “rejection” which almost forced her to give up on her dreams of becoming an actor. She has often spoken about how exhausted she was and “at one point” was on the verge of “giving up”; however, as soon as she bagged this role, “everything changed”.

4. When Noah Schnapp’s mother posed with his corpse

Will Byers’ disappearance is the central mystery at the beginning of Stranger Things which eventually leads to the uncovering of a heinous governmental scientific project. Noah Schnapp, who plays Byers in the show, modelled for a prop body that was made by Fractured FX; it looked too realistic to be true.

The Duffers, who love having fun on set, wanted to pull a somewhat zany prank on Schnapp’s mother. They used the prop body to scare her by taking her aside and showing her Noah’s extremely realistic prop body that was nesting inside a dark closet. Though she was initially shocked, like a proper sport, “she loved it” and even texted a picture of her and the corpse to her friends.

The vicious and bizarre-looking Demogorgon from Upside Down scared viewers and cast members alike. The twin sisters, who played Holly Wheeler as well as Eleven’s little sister, were extremely scared by the monstrous humanoid. To calm them down, production managers tried to convince the kids that this monster was from Monster Inc.’s Metropolis which successfully subdued their fear.

The Demogorgon was actually a mechatronic robot. The petals on its head which are continuously moving, interestingly never move in a repetitive pattern. According to the Duffer brothers, the petals had their own life and movement which caused the “unpredictable and bizarre patterns”.

2. The Duffers auditioned 906 boys and 307 girls for the children’s roles

While it sounds insane, the Duffer brothers really did audition 906 boys and 307 girls before casting the actors that were flown in from places all over the world. Being perfectionists, they wanted to find the best fit for their characters. The Duffers grew up in North Carolina and wanted to capture the essence of adventure and nostalgia in an ’80s world in their show.

EW quoted them talking about how they were afraid that a “cringeworthy child performance” could rob their show of its incredible self. They quickly figured that the best way to finding good child actors would be to “audition pretty much every kid in the world who wants to act”.

Kudos to their patience and tolerance!

1. Eerie connection to the Montauk Project

Fortunately, none of the suburbs have been terrorised by intergalactic species or interdimensional monsters. However, Stranger Things, which was initially supposed to be called Monatuk, is based on the Montauk project which was an alleged secret and illegal experiment being carried out by the US government on children.

Long island legends bear testimony to the dangerous secret project which was reflected in Eleven’s experiences in the laboratory scenes in Stranger Things. 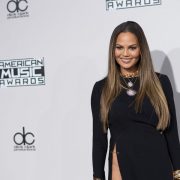