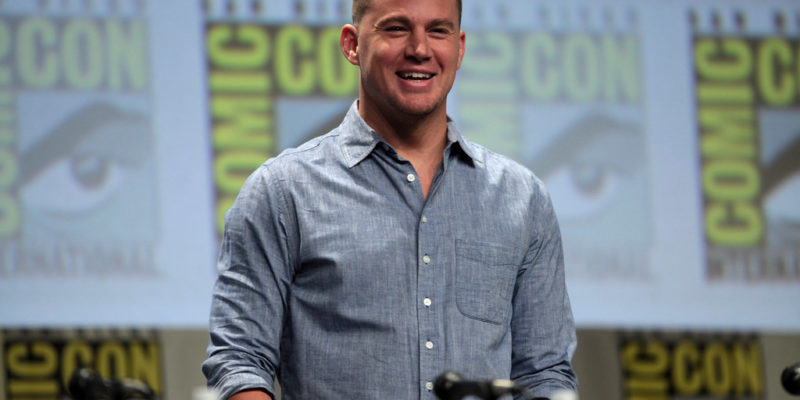 “I don’t know if I’m very complicated at all. I wish I was. I wish I was one of these deep, intricate people. But I just love having fun really.” — Channing Tatum

Channing Tatum is extremely talented and incredibly handsome, which makes him a delightful on-screen presence. A multifaceted person, he is a great actor, producer as well as a dancer. Born in Alabama, Tatum had difficulty growing up as he was diagnosed with dyslexia and attention deficit disorder, which affected his school performance. He was, however, a star athlete and participated in all kinds of sports and martial arts.

After dropping out of college, funded by a school scholarship, he started working various odd jobs before taking up the job of a stripper under the alias of Chan Crawford in a local nightclub. After spending quite some time and garnering enough experiences, he wanted to make a film documenting his life as a stripper, which prompted him to move to Miami and work on his idea about Magic Mike.

Although he initially landed jobs as a model in the fashion industry, he slowly rose to prominence and started appearing in more well-known magazines. His debut film saw him as a soccer player opposite Amanda Bynes in She’s The Man in 2008; he starred opposite his ex-wife Jenna Dewan in Step Up, his breakthrough role as a dancer. Gaining recognition and critical acclaim, Tatum continued appearing in various rom-com films before finally starring in his dream project Magic Mike which documented the most daring eight months of his whirlwind lifestyle as a stripper.

As the actor turns 41 today, we decided to look at some of his best films streaming on Netflix. While it is a shame that Step Up is no longer available for streaming, there are quite a few films starring Channing Tatum that will be worth binging on to celebrate the actor’s birthday!

John Cale is a divorced Afghanistan veteran who takes his daughter, Emily, to the White House for a tour. However, the White House comes under attack, and a band of terrorists infiltrate the building taking those people inside as hostages. John is separated from his daughter and finds himself paired with US President James Sawyer, where he has to protect the President and take him to safety. Using the skills he acquired in the past, the duo fight for survival while protecting those inside the White House from casualties.

The bad guys will lose, and the good guys shall win. The President escapes unscathed. The hero saves the day and appeases everyone. A quintessential action film with a predictable ending, Jamie Foxx and Channing Tatum have incredible chemistry and immense respect for each other on-screen. Abound in cliches, the film, however, has a touching father-daughter relationship subplot which adds tenderness amidst the high-voltage action.

“ Martin, as the President of the United States, this comes with the full weight, power and authority of my office. Fuck you.”

Based on Nicholas Sparks’ eponymous novel, the film follows John Tyree, who serves in the U.S. Amry Special Forces, falling in love with Savannah Lynn Curtis. While they try and keep their romance alive via letters after John is deployed, the relationship fizzles out. Despite them still having feelings for each other. Fate forces them to meet on numerous occasions wherein the story takes an interesting turn.

Although the film is full of cliches that are seen within the Nicholas Sparks framework, it is a tearjerker that leaves viewers empty and fulfilled at the same time. Channing Tatum as John and Seyfried as Savannah have palpable on-screen chemistry. Dear John is essentially heartbreaking as two people, who are clearly head over heels in love, are separated by the cruel hands of fate as well as the unbridled love they have for each other.

“Two weeks together, that’s all it took. Two weeks for me to fall in love with you.”

Paige and Leo are very much in love with each other. While on their way home, they get into a fatal accident that causes Paige to lose her memory from the past few years. She does not recognise Leo and leaves him heartbroken. Leo must navigate through various tumultuous times and fend off others who disapprove of their wedding and want to use this opportunity to separate them to win back his beloved.

With a somewhat familiar premise, the film is a sappy rom-com that sees the two leads giving their best performances. Chaste and delicate, the film shall tug at your heartstrings and leave you teary-eyed by seeing how dedicated Leo is and how much he is in love with her. The Vow has a hopeful and happy ending which will warm your hearts at the very end.

“I hope that one day I can love you the way you love me.”

Magic Mike was one of the first Hollywood films to have ever explicitly sexualised male strippers, subverting Hollywood’s inherent culture of blatantly capitalising on nude women. Channing Tatum, who previously, at the age of eighteen worked as a male stripper, starred in and produced the film, drawing heavy inspiration from his past experiences.

The film is essentially about the so-called glamorous life of strippers, fuelled by sex and drugs, which often compel them to fall into heavy, irredeemable debts. The film became the talk of the town, despite its meagre budget and was a massive box-office success.

The cast visited a strip club to gain plenty of insight into the secretive world of stripping; Matthew McConaughey being extra as always, became a regular at a Los Angeles strip mall Channing Tatum, oozing sex appeal and showcasing his pure talent in dancing, would often lift weights in between takes to look shredded.

“How pregnant did you get that girl’s mouth last night?”

Schmidt and Jenko return once again post their 21 Jump Street success. This time, they are assigned to go undercover as college students to locate and arrest the spread of drugs ‘WHY-PHY’ (Work Hard? Yes, Play Hard? Yes), which leads to a series of funny events and make them embark on loads of misadventures.

Usually, sequels of successful films fail to make the cut, but 22 Jump Street is equally funny and guffaw-inducing as its predecessor, with the amateurish and inept duo showcasing their bizarre antics while trying to infiltrate the college drug scheme. Hill and Tatum’s chemistry is once again the highlight of the film and is ticklishly funny. Their bickering and bromance have often been likened to Jocelyn Noveck’s iconic duo Laurel and Hardy.

Morton Schmidt and Greg Jenko are polar opposites. Schmidt is an awkward yet witty police officer, while Jenko is the brawny yet stupid one. They unite over shared experiences of missed proms, training at the police academy, motorcycle gang leaders; for their mission, they are disguised as high school students to infiltrate and arrest the spread of HFS (Holy Fucking Shit), a drug in Sagan High School.

Both Channing Tatum and Jonah Hill have an incredible on-screen bromance which makes the film an entertaining watch. Tatum had previously refused the film twice before being convinced by Hill to take it up and he sure did not regret his decision as he even won a Teen Choice Award for his role.

“I really thought this job would have more car chases and explosions… and less homeless people doodooing everywhere.” 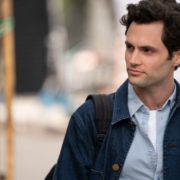 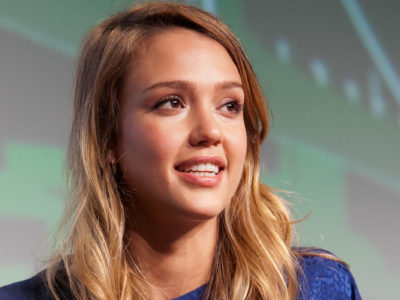