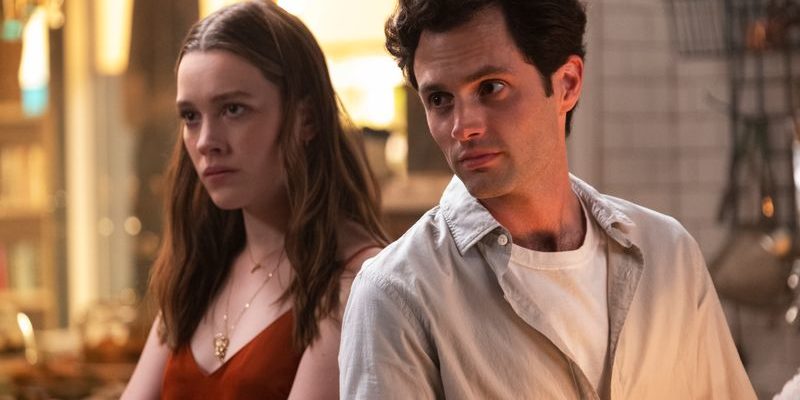 Not many shows actually deserve the accolade of “hotly anticipated”, but there is a fever pitch hype surrounding season three of Netflix’s landmark series, You. The show, which follows star Penn Badgely as serial killer Joe Goldberg, is set to arrive later this year and has now wrapped filming.

The conclusion of season two has seen fans climbing the walls waiting for their next instalment of the brooding stalker, and the internet has been awash with fan theories ever since that final episode. Now, showrunner Sera Gamble has shared an update.

One of Netflix’s most popular shows, You, is likely to be another hit when the third season drops this year. Gamble, the showrunner for the season, has labelled the new episodes of the programme as “f**king bonkers”.

“Today is our last day of shooting season 3 of #YouNetflix. Can I brag to you for a hot second?” wrote Gamble on her Twitter following the closing of the set in late April. The season had been delayed due to the global pandemic, and Gamble noted, “we had zero on-set positive COVID tests through a significant and scary surge here in LA. And haven’t had one since”.

Gamble also added: “(Also, the episodes are f***ing bonkers and the performances are insanely good. That’s all I’ll say about that till we are ready to talk about the new season.)”

Of course, very few details have been released about the new season, but we’d imagine that Badgley returning as Joe will be more than enough to ensure a captive audience. Victoria Pedretti will pick up her role as Love Quinn, and Saffron Burrows has now become a regular cast member as Dottie.

The new season is set to arrive later this year and we simply cannot wait for it.

Netflix has cancelled ‘The Irregulars’ after only one season