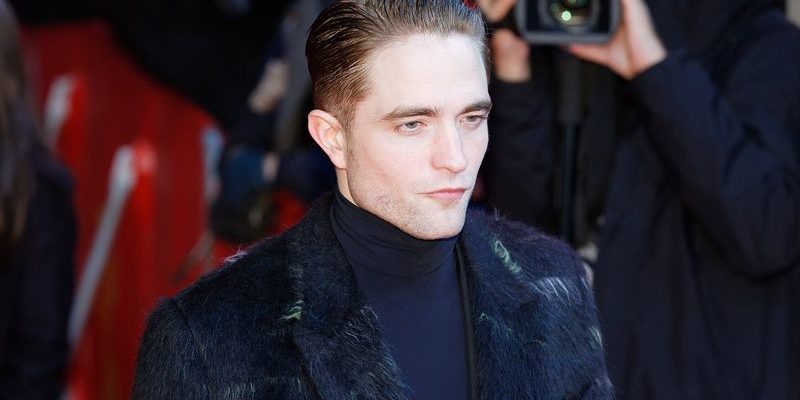 Known for having played the dreadfully pale vampire named Edward Cullen in the Twilight series, being a teenage heartthrob was not alien to Robert Pattinson who amassed a massive cult following with his role as the benevolent, sweet-natured Cedric Diggory in Harry Potter and the Goblet of Fire. However, in a bid to establish his talent over his appearances, Pattinson continually disputes the labels attached to him: “I really don’t feel I am a heartthrob,” he said.

Born on May 13, 1986, in London to a fairly middle-class family, Pattinson was exposed to the arts at a very young age as he took guitar and piano lessons at the mere age of four. A bit of a troublemaker, he got expelled for selling shoplifted adult magazines to his classmates. He worked as a model for various publications and fashion brands throughout his teen years to save up for himself. Legends such as Marlon Brando, Jack Nicholson and Kean-Paul Belmondo piqued his interest in cinema. Pattinson spent a considerable amount of time performing at open mics. Although he initially wanted to pursue a career in music, he quickly got drawn towards acting despite the misgivings of his drama teacher in school.

His commanding stage presence brought light upon his smooth performances and he was soon spotted by a talent agency. After having enacted in plays such as Guys and Dolls, Our Town, Macbeth, Tess of the d’Ubervilles and more, Pattinson secured some other smaller roles before playing Cedric Diggory which made him an instant favourite among young girls and boys who went gaga over his sugarcoated smile and probably cried when Diggory met his fated ending. However, Pattinson gained worldwide recognition by reprising the role of Edward Cullen in the Twilight saga where he played a vampire who was in love with a human named Bella. Through his deadpan expressions, smouldering gaze and overall exotic demeanour, Pattinson pretty much stole the show.

While he is synonymous with his role as Edward Cullen, there is a lot more to the actor than he gives himself credit for. He is incredibly versatile and delivers a terrific performance every time the cameras start rolling. Films like Water for Elephants, Maps to the Stars, High Life, The Lighthouse and more proved his prowess as an actor and his ability to play any role with apt poise and intensity. Pattinson shall soon be seen as Batman in Matt Reeves’s The Batman. While most actors have not received a warm welcome from batman fans, it is needless to say that Pattinson might be one of those very few lucky Batman impersonators who shall get a green light if he is good enough.

Here, we are taking a look at the 5 best films of his that are streaming on Netflix.

The film is set in New York City where a rebellious young Tyler meets Ally and immediately falls for her. However, he is challenged by his roommate Aidan to date and dump her to get back at her father Neil who is a cop. Tyler is dealing with personal tragedy as his brother has taken his life which led to his parent’s divorce. He is plagued by the agony of seeing his father being ignorant and a jerk to their younger sister as he wants to set his walls up. Ally’s spiritedness makes him heal himself and slowly work towards helping his family to deal with it. However, obstacles beset their paths and threaten to tear them apart, and this time, the obstacles are not just arrogant family members or Tyler losing control over his senses but the 9/11 attacks.

Robert Pattinson had been cast in this film before Twilight had released which made him relatively unknown. The director said that although he did not know him, he liked Pattinson and decided to cast him in a lead role. Pattinson plays the character of a broken and anguished rebel perfectly, projecting genuine and raw emotions to bring a spark to this otherwise slow drama.

“Whatever you do in life will be insignificant, but it’s very important that you do it. Because nobody else will. Like when someone comes into your life and half of you says you’re nowhere near ready, but the other half says: make her yours forever.”

Screenwriter Luke Davis always had an interest in the iconic James Dean and while researching about him, came across some brilliant photographs taken by a certain Dennis Stock. So he wrote this film that revolves around a photographer named Dennis Stock who works at Magnum photos Agency and how he bagged the assignment to shoot with James Dean before East of Eden was released which led to the blossoming of a wonderful friendship between the two as they toured to Indiana and New York City from Los Angeles. The film gives us an insight into the stories behind some of Dean’s most iconic images as well as a slice of his meteoric talent yet troubled life as well as the angsty life of the photographer himself.

Robert Pattinson plays the photographer Dennis Stock who, the actor proclaims, is a “really bad dad. And you don’t really see that in young guy parts. He just doesn’t love his kid or is incapable of it, and it kind of pains him.” Pattinson then went on to say how the main conflict of the film prompted him to take it up as it comprised a “little ego battle” and had a new take on “professional jealousy, and who’s a better artist, who’s the subject and who’s the artist.” Pattinson lived up to the director’s expectations and portrayed Stock’s “inner turmoil” with great adeptness.

“One more orgasm behind you and one step closer to death.”

Although it was widely historically inaccurate, the film revolves around the prodigal prince and the wayward son, Hal, who is compelled to take up the courtly duties after the death of his tyrannical father, King Henry IV of England. As he makes his way through court politics and tries to grapple with kingly duties, Hal wants to establish peaceful relationships but keeps getting taunted by the French Dauphine, Louis. Amidst the chaos, war and mayhem that his father indulged in, Hal is forced to embrace the life he loathed and is left questioning all his relationships, except the one with the alcoholic knight Falstaff.

While Timothee Chalamet and Joel Edgarton stood out as the invincible duo, Pattinson played the French Dauphine, Louis and performed his stunts on his own, while vaping in full armour on the set which cracked up the actors, especially Chalamet. He was supposed to be a bad guy in the film and did so with effortless ease which pleased the director greatly. Michod said that Pattinson had been cast to make the character “pop out”, something that only an actor of Robert’s stature could achieve. “I love how bold Rob is, I wanted him to go nuts with it. His whole purpose is to be a jerk and to just torment Hal. So I kind of needed him to be a larger-than-life jerk. He needed to be ridiculous. I just knew that he would want to sink his teeth into this character and that he would make it fun.”

Connie is a tough con who desperately yearns for a better life for his intellectually disabled brother Nick. He involves his brother in an ill-managed bank robbery which gets botched unexpectedly and leads to further complications when his brother gets arrested. Connie needs to go to great lengths to bail Nick out and save him from a cruel ending. Connie embarks on a daunting and nightmarish journey to bail him out and unintentionally does more harm than good. He stops at nothing to rescue his brother ending in murky pools of mess.

With his role as Connie, Pattinson establishes himself as a brilliant character actor. His stellar work sends chills down one’s spine as he borders on being a psychopath and embarks on this sick, twisted and violent odyssey to save his brother. He has an incredibly commanding on-screen presence and is motivated by his extreme love for his brother. The Safdie brothers had begun writing the script after receiving an enthusiastic text from Pattinson. Josh Safdie write Connie’s character with Pattinson in mind, bringing in some elements of Pattinson’s personality into the character, infusing his “almost on the run all the time” kind of demeanour. He derives inspiration from Pattinson’s PTSD following the stardom resulting from Twilight and modelled Connie as “someone who had been walking through life trying not to be seen, always slinking around.”

“I think something very important is happening and it’s deeply connected to my purpose.”

Set in the rural parts of Ohio and West Virginia, the film sees a conglomeration of varied characters coming together in the backdrop of the end of the Second World War to the 1960s. Willard Russell is a war veteran who is anguished by the terrors he has faced. His wife, Charlotte, has cancer and no matter how much blood Willard sacrifices in rituals, he cannot save her from her agony. Roy Laferty pours spiders over his head to prove his faith in god. Carl and Sandy Henderson are bloodthirsty hitchhikers who want to spill the blood of men after luring them to indulge in intercourse with Sandy. The sleazy Reverend Preston Teagardin rapes underage women; when Lenora gets pregnant, he simply abandons her, pushing her to commit suicide. Amidst this turmoil, Arvin Eugene Russell, Willard and Charlotte’s son, orphaned by unfortunate circumstances, grow up to be a good man with a fair share of a violent streak.

The film constantly questions faith and religion while exposing the grim reality of the effects on families ravaged by tragedy, deaths and murders. A stellar cast presents a weighted take on PTSD, violence, faith and the misery of survival. While Tom Holland as Arvin does an incredible job, Robert Pattinson as the sleazy narcissist and serial rapist evangelical Reverend Teagardin will make the viewer’s blood boil. Pattinson had reportedly derived inspiration for his character by watching various videos of televangelists. He also did not work with a dialect coach; instead, he worked alone on his Southern Ohio drawl yet did not let anyone, not even Campos, know of what he had achieved till they started filming which led Campos to label him as a “mad genius who can do anything”.

“Blessed are those that hunger and thirst for righteousness.” 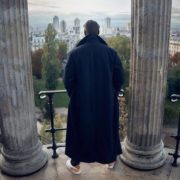 See the official Netflix trailer for season 2 of ‘Lupin’ 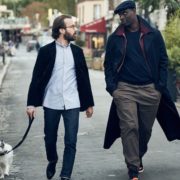