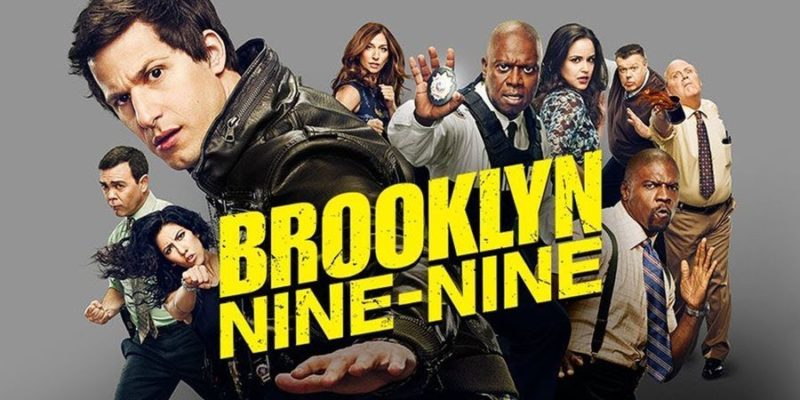 If you have had a rough day and you need something to wind down with, Brooklyn Nine-Nine should be your go-to show. Created by Dan Goor and Michael Schur, the premise of Brooklyn Nine-Nine indicates a serious police procedural show yet turns out to be a goofy and comical sitcom, Schur takes it a notch higher with adept comedy. The lives of the detectives at the fictional 99th precinct of the NYPD is anything but mundane. The carefree young detective, Jake Peralta, is the most intelligent with the highest number of arrests, yet gets into trouble for his clownery. His colleagues include the buff gentle giant Sergeant Terry Jeffords, his best friend and a splendid cook Detective Charles Boyle, the competitive and hard-working Amy Santiago, the eccentric administrator Gina Linetti, the serious and disciplined Captain Raymon Holt as well the chubby, gluttonous sidekicks Hitchcock and Scully.

Professional as well as personal dynamics are portrayed in the sitcom where the daily lives of the cops become the source of entertainment. The show comprises honest and spirited cops, and the show is devoid of stereotypes and inhibitions. Light-hearted and comical, the show deals with certain grave topics and puts forward important messages with a touch of humour and sensibility. As a gay black man fighting harder than the rest to maintain his position as the Captain, Raymond Holt is an absolute sweetheart. The white men in the show are not pompous and do not crack offensive jokes that make them look like jerks. Andy Samberg’s portrayal of Peralta is laudable and, by the time the sitcom is over, you will most definitely want a Peralta in your life. The characters have distinct personalities which make them engaging. There are certain ongoing gags in the show which add a hint of personal touch and make them seem very familiar.

After six successful runs, the gossip mills are abuzz with rumours about the seventh season of this show being available on Netflix. With the help of the good folks on Mashable, we decided to delve deep into the matter and find out the truth.

Where is Brooklyn Nine-Nine available to stream?

Seasons 1-6 is available of this fan favourite on Netflix. Unfortunately, the United States does not have streaming rights to this show; Hulu streams Brooklyn Nine-Nine in the United States.

The beloved sitcom only features on Netflix in 30 countries all over the world. They are:

What is the seventh season about?

Brooklyn Nine-Nine has a very promising seventh season. It is rewarding and heartwarming with unending twists and turns, gags, laughter and romance. This season will see Holt struggling with his new position as a patrol officer, which is also a demotion. His position will be restored after the death of his arch-nemesis Madeline Wuntch. Power couple Jake and Amy will try conceiving a baby and finally succeed after a six-month struggle.

The season will be triple the amount of fun with three-time heist winner Rosa emerging as the champion. Amy and Jake’s child shall arrive amidst a whole lot of drama with Brooklyn’s power cut, the father being caught up in a robbery arrest and more. To find out the gender of the baby, stay tuned for the show and you shall not be disappointed.

When will the seventh season of Brooklyn Nine-Nine be on Netflix?

After Fox cancelled the show, it made an epic comeback after being picked up by NBC. Ever since this transition, the Netflix release schedule has been consistent, thanks to the meticulous distribution on NBC Universal’s part. In Canada, the seventh season was available since April 2020 which probably made the lockdown for the Canadians way better.

It was predicted that the other regions will not be graced with the seventh season until April 2021. However, on January 26, 2021, Netflix UK and Ireland made an exciting announcement that the seventh season will be available from March 26, 2021. Noice!

Will there be a season 8 of Brooklyn Nine-Nine?

Given the premise of the show which features amicable and good-natured cops, it is quite controversial to air such a show after the Black Lives Matter movement which exposed the systemic racism and oppression carried out by the cops, marginalising the people of colour.

The writers had apparently scrapped off the screenplay for the first four episodes and wanted to start afresh. In this current socio-political climate infested with people recounting the horrors they faced due to police brutality, a light-hearted show portraying cops in the light of being a ‘Good Samaritan’ would not be very mindful.

While as fans we are eagerly hoping for another season, we respect and understand the possible aftermath. Worry not, re-watch the old seasons and relive the experience of the hilarity and pure joy perpetuated by the characters. 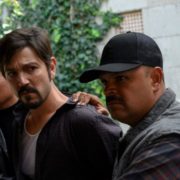 ‘Narcos: Mexico’ season 3: Everything we know so far