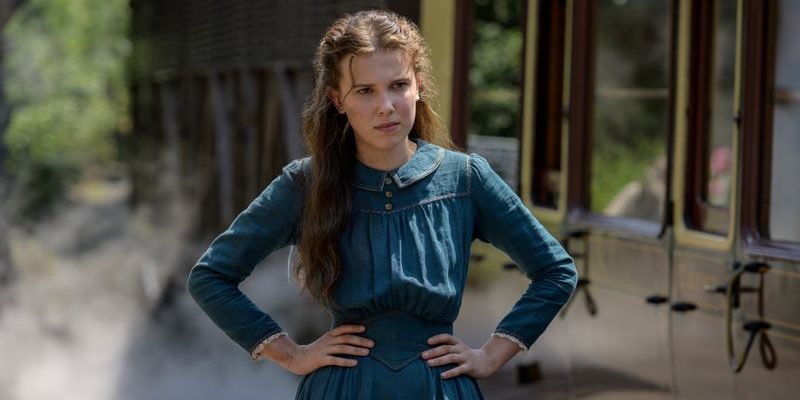 At 17, Millie Bobby Brown boasts innumerable feathers to her crown. From being an incredibly talented actress with Netflix deals and other film projects in her bag to being a beauty mogul, UNICEF ambassador, fashion icon and the youngest person to be a part of Time’s 100 most influential people in the world, Brown has been a constant source of inspiration to young teens all across the globe. With her bubbly attitude and sassy comebacks, Brown’s mercurial talent allows her to adapt to every role with effortless ease; from being a bald child with telekinetic abilities to being an opinionated and strong-willed sister of a world-famous detective, Brown has been a part of varied projects via which she has been able to showcase her acting talent.

Born to British parents in Marbella, Spain, on February 19, 2004, Millie was the third born. Soon after, they moved to Bournemouth in the UK and subsequently to Florida in the US. Brown was born with partial hearing and over time lost all auditory senses in that one year. However, this auditory impairment has never deterred her from achieving her dreams. She has been a hard worker, determined to climb to the very top with sheer determination and perseverance. Brown made her acting debut as Alice on ABC’s Once Upon a Time in Wonderland at the age of nine. She had a starring role as Madison O’Donnell in BBC America’s Intruders, besides having numerous guest appearances in CBS and ABC shows and sitcoms. It was not until 2016 that Brown got her big break.

In 2016, a call from the Duffer Brothers, creator of Stranger Things, changed the course of Brown’s career. Brown had sent in her audition tapes and was living in England when Matt and Ross gave her a call, asking for a “callback”. It was a precious moment for Millie for it would not only boost her acting career but also because she was not being able to get hold of good auditions for quite some time due to the lack of it. As a producer named Shawn Levy stated, the creators were bowled over by Brown’s ability to transcend reality and get into the skin of Eleven. Her icy cold stare, as well as fierceness, told them that the role was tailormade for her. Although Kelly, her mother, was opposed to Brown shaving her head, the brave little girl did not want to risk losing the authenticity of the character.

Brown has received high praise for her wonderful performance, to the point where her on-screen adoptive father, David Harbour, has said that she has the potential to become Meryl Streep – and he is probably right. With consequent SAG and Emmy nominations, Millie has brought home various accolades. She bagged her modelling assignment in Calvin Klein’s campaign before being roped in by other brands and then featuring on GlamourUK’s cover twice. A UNICEF Goodwill Ambassador, as well as UEFA’s Together #WePlayStrong campaign, Brown’s debut feature film, was Godzilla: King of the Monsters. Soon enough, her fiery role of Enola in Netflix’s Enola Holmes won over the audience. Brown shall soon be seen on Netflix in a suspense flick The Girls I’ve Been which has been produced by her company.

While we have a bone to pick with Netflix for not having included her other shows, here are the two most crucial series ad film Brown has worked in which made her the overnight sensation, and possibly the next big Hollywood icon.

Created by twin brothers Matt and Ross Duffer, Stranger Things is set in the fictional town of Hawkins, Indiana in the 1980s. It involves a group of children investigating their friend Will Byers’ disappearance which leads them to befriend a girl named Eleven, who has psychokinetic abilities, as well as uncover dark secrets of the government. Gradually, they find out about The Upside Down which is a portal into the alternate universe; Will is held captive by a creature from the Upside Down. The three-season show is based on Will’s rescue and the subsequent events that follow where the lives of the Hawkins resident are plagued by supernatural monsters from the Upside Down.

The show has attained unthinkable with a classic child endangerment theme set in an ’80s grunge backdrop. Nerdy kids on bicycles trying to find their missing friend, a girl with telekinetic powers, dangerous species travelling to and from between dimensions, a wicked bureaucracy and nearly helpless adults. Stranger Things is a concoction of every child’s dream sequence where they save the day along with their cheeky friends. Millie Bobby Brown plays the elusive Eleven whose telekinetic powers help the boys on their series of misadventures. Eleven has a romantic inclination towards Mike and gained psychokinetic abilities from the various experiments conducted on her.

Based on Nancy Springer’s series, the film revolves around the smart and spirited Enola Holmes who is the sister of the famous detective Sherlock Holmes. Enola’s mother raises her to be a well-rounded woman, under whose tutelage Enola develops an innate talent in chess and jujutsu. She is quick-witted and independent. As Millie Bobby Brown, who always wanted to pay the role of Enola, said, she, along with the director, wanted the energy, enthusiasm and eccentricity of Enola to be the main highlight of the film. It was on her insistence that she was allowed to break the fourth wall and address the audience directly thereafter creating a connection.

In the film, Enola’s mother suddenly disappears and leaves behind a trail of clues. While trying to find her, Enola must evade her protective brothers, the sharp Sherlock and the haughty Mycroft- Sherlock loves Enola’s insightful mind while Mycroft finds her troublesome. While Enola is on the run, trying to make sense of her mother’s whereabouts, she encounters handsome boy Viscount Tewkesburt who is also on the run alike Enola. Although the film could have had a more gripping plot, as the debut film of a franchise, it is a breath of fresh air with Millie Bobby Brown seen in a different avatar than her last venture. As Enola, she is bubbly and spontaneous and her exuberance in trying to outrun her brothers is worth noting. She does not mind a good challenge and when the game is indeed afoot, Enola uses her bright mind to its fullest potential to defeat one of the greatest detectives of all time, Sherlock himself.

“Mother said we were free to do anything at Ferndell… and be anyone.” 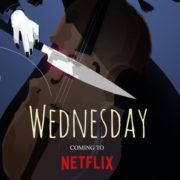 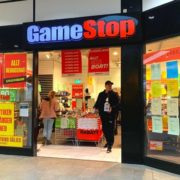 GameStop docuseries from story syndicate in the works at Netflix