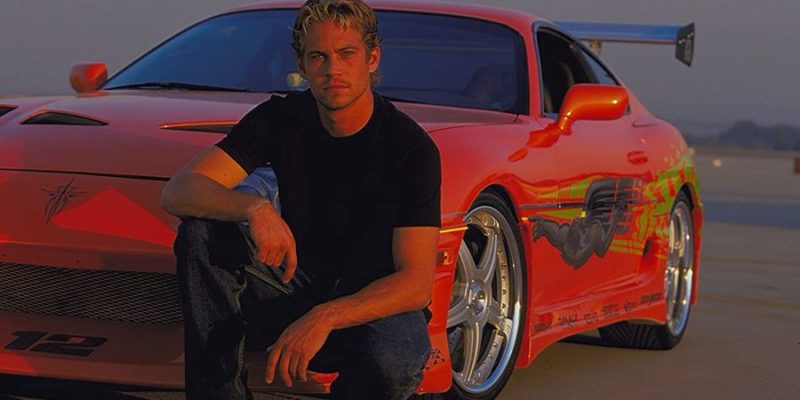 “I want to have the freedom to do whatever I want.” – Paul Walker

American actor Paul Walker’s untimely death at the age of 40 shocked the film industry to its very core. The actor, reportedly in the passenger seat of a Porsche when his friend who was driving lost control, died after the vehicle crashed into a tree at high speed. The car was engulfed in flames and both individuals were pronounced dead at the scene of the accident. As an established performer who came to fame in movies such as Varsity Blues, later became well-known for his starring role in The Fast and the Furious franchise. Walker’s sudden and saddening demise back in 2013 was an immense loss to the world of cinema.

Born on September 12, 1973, in Glendale, California, he appeared in front of the camera at a young age, modelling and acting in television shows such as Charles in Charge, Highway to Heaven and Who’s the Boss. In 1986 he made his film debut in the horror spoof Monster in the Closet while landing a recurring role on TV’s Throb.  He received praise for his performances in the teen film She’s All That and the coming-of-age film Varsity Blues, before gaining international fame after starring in 2001’s The Fast and the Furious.

Walker also showed his range as an actor in the 2006 war drama Flags of Our Fathers, directed by Clint Eastwood. As an established action star, he continued to take on more movie roles in The Death and Life of Bobby Z, Takers and Fast Five in what was the third instalment of the Fast and Furious franchise. In 2012, Walker signed on to film Fast and Furious 6, keeping the series’ momentum going.

Commemorating his celebrated film career on the occasion of his seventh death anniversary, we look back at the finest films starring Paul Walker currently streaming on Netflix.

Featuring an ensemble cast of Matt Dillon, Paul Walker, Idris Elba, Jay Hernandez and Mark Brown among others, John Luessenhop’s Takers follows a group of professional bank robbers who specialise in spectacular robberies, as they are pulled into one last job by a recently paroled cohort only to be pitted against a hard-boiled detective (Dillon) and his partner (Hernandez) who interrupt their heist.

A fast-paced movie with various different plot threads to keep things interesting, the cast all look the part and do an amazing job with what is a pretty cheesy script. Undoubtedly though, the real reason to see this film are the action scenes. While it might be a tad predictable, but if your willing to overlook that, there’s a lot to enjoy.

Rob Cohen’s The Fast and the Furious has no business being as great as it is. A film about fast cars, undercover cops, and highway robbery should provide limited, perhaps dimwitted thrills, but Cohen’s colourful and swift-paced action outing provides such likeable characters, slick stunts, and buoyant spirit that the whole affair elevates itself to the highest levels of lively, well-assembled fun.

The film follows an undercover police officer working to infiltrate the world of street racing to bust a low-level crime syndicate. While undercover, he develops an affinity toward the racers and inconvenient brotherhood is established. Between the cars, busts, and friendships, a token crime story becomes a tale of family. It is simply compelling and effortlessly entertaining.

The standalone sequel to The Fast and the Furious, the John Singleton-directed 2 Fast 2 Furious continues the journey of Brian O’Conner and further expands the realms of this series by bringing in some new characters who replace the cast of the previous chapter and event though it stays true to its street racing roots, the whole experience is far too inferior to its predecessor.

Following the events of the first film, 2 Fast 2 Furious follows Brian as he now finds himself being chased by the FBI and is eventually caught by the US Customs Service which offers him a clean slate in exchange for his assistance in bringing down a Miami-based drug lord. Agreeing to help, Brian enlists the help of his childhood friend to accomplish the mission.

The fifth instalment in The Fast and the Furious franchise, Fast Five is an intensely gripping, thoroughly engaging and relentlessly entertaining sequel that not just brings several upgrades in all departments of filmmaking but by replacing the street racing formula with elements of a heist thriller, it ends up resurrecting this derailed franchise in style and heralds the series’ heading into a new direction.

Set in Rio de Janeiro, Brazil, the story of Fast Five follows Dominic Toretto, Brian O’Conner and Mia as they plan a massive heist to steal $100 million in cash from a ruthless drug lord and corrupt businessman and enlist the help of former allies to pull off the job which would buy them their freedom. But at the same time, they find themselves being pursued by a federal agent who’s in Rio to arrest both Dom and Brian.

The seventh instalment in The Fast and the Furious franchise, Furious 7 packs in all the big-budget blockbuster ingredients to give its viewers an extravaganza worth the price of their ticket but in its aim to provide a larger-than-life entertainment, it ends up becoming so over-the-top, overdone and overlong that the whole experience of sitting through it doesn’t amount to much in the end.

Furious 7 did a great job handling the unfortunate passing of Paul Walker, with director James Wan dedicating the film to Paul’s legacy. Wan said, “When I first heard the news, I was shell-shocked like everyone, and it took me days to come to terms with it. And then after that, heartbreaks started sinking in and we realized that Paul [Walker] wasn’t going to be around with us anymore moving forward, and it was a really hard one.

“And finishing the movie was the last thing on my mind at that point. It was more the idea of picking up the pieces, going back on set, rallying the team, the cast, and the crew, and as the director, having to put on the brave face and champion and push everyone along. The idea of that was very daunting for me, but it became very apparent to all of us that we needed to finish this movie to honour Paul’s legacy and to basically honour his memories … it was about making this movie for Paul.” 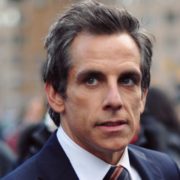 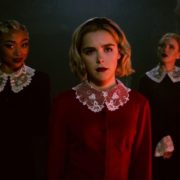 From The Witcher to Lucifer: The 10 best fantasy series on Netflix right now 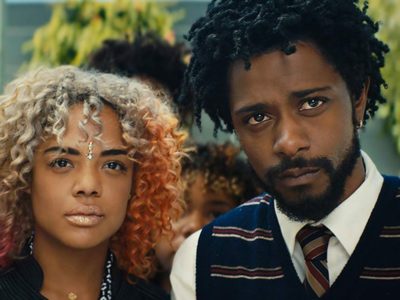