Amidst all the euphoria and hubbub surrounding the concept of Valentine’s Day where partners post sappy Instagram posts of giving each other chocolates and teddy bears, it must be unbearable for single people to live through that ordeal. In a world full of hapless romantics, where supposedly love is in the air, the singles, cynics and heartbroken are the only ones who can predict doomed endings. Following the sugar rush of romance that continues for Valentines week, anti-Valentines Day comes to the rescue of all those who hate the commercialised concept of the romantic week. This is a week-long affair as well comprising innovative ideas such as Slap Day, Kick Day, Perfume Day and more, ending with the Breakup Day. It may sound silly, but so is Kiss Day, right?

While we have listed romantic films for you to enjoy with your partner, we did not forget our single or heartbroken brethren who shall probably spend Valentine’s Day, angrily swiping through their social feed cussing at lovestruck couples. To channel your hatred and anger, you could watch a few films that would shock you to the very core- films which can be seen as typical anti-Valentine’s films are exactly what rom-com nightmares are made of.

These anti-Valentine’s flicks comprise failed marriages, horrifying psychological thrillers and trauma. It is exactly what our worst nightmares contain. Watching these films shall make you curl up in a blanket in horror, driving out the last remnants of romance in your heart as well as the desire to find a partner. While some are extremely emotionally stirring with rocky marriages and impending divorces, some comprise elements that might trigger others.

So, with Valentine’s Day around the corner, tune in to these anti-Valentine films we have hand-picked for you to usher in the experience of the downsides of romance. Here are five such films for you on Netflix.

Noah Baumbach’s film is a stinging tale of rocky marriages that end in divorces and how it affects the life of the couple as well as the child. Theatre director Charlie Barber is in an estranged marital relationship with his wife, Nicole. Following disagreements and heartbreaks, the couple decides to part ways, sharing custody of their son Henry. The legal world of divorce and separation is, however, extremely filthy, and threatens the sanctity of their friendship. The film is a precious masterpiece that via its calm, composed pace and heart-rending narrative make the viewers want to re-evaluate themselves as well as their relationships.

In what is supposedly one of the most realistic films to date, Baumbach elaborates on how the process of going through contentious divorce proceedings is an isolated experience, which brings a great deal of anguish. It celebrates the end of an era shared closely by two people who find it difficult to fill in the gulf created in their respective lives after respective departures. Detailed and tastefully balanced, Marriage Story is devoid of the usual melodrama that dominates the screen in such movies. Via the growing anxiety, tension and heartache, both Adam Driver and Scarlett Johansson are phenomenal in the balanced script; they play their roles, as two individuals who love each other yet cannot be together, with effortless ease in a film that preserves the precious moments that follow legal as well as emotional separation.

“You and I both know you chose this life. You wanted it until you didn’t.”

The film has been adapted from Gillian Flynn’s novel of the same name. Author Nick Dunne and his wife Amy have a seemingly perfect marriage. However, on their fifth wedding anniversary, once Amy goes missing, Nick becomes the prime suspect and the media frenzy coupled with police investigations taint his image. Where is Amy and what is her motive? Did Nick really murder his wife? Suddenly Amy resurfaces with a new story that shocks everyone including the FBI to the core.

The book has been one of the most widely celebrated and loved thrillers of all time. Flynn’s innate characterisation has found visual poetry in the deft hands of Fincher who has rightly cast Ben Affleck as the anxious Nick trying to prove his innocence and the refreshing Rosamund Pike as the manipulative and cunning Amy. Pike received her breakthrough role in this film with her receiving various nominations and accolades. The chilling atmospheric horror of the film is heightened by the directorial genius as well as the background score. Like other films in this list, the plot plays and teases the audience’s psyche with an image of a failed marriage with sociopathic partners. Amy’s vile and cunning might shock viewers, her love for Nick is not redemptive. It is creepy and eerie and evokes fear in the viewers as they are forced to come to terms with the ugliest faces of human nature.

‘I will practice believing my husband loves me but I could be wrong.”

Adapted from the master of horror, Stephen King’s novel of the same name, Gerald’s Game begins with a couple, Jessie and Gerald going on a trip to an isolated cabin in Alabama, desperately trying to salvage their strained relationship. While they indulge in kinky foreplay which later turns out to be Gerald’s sinister rape fantasy, Jessie struggles to free herself.  An enraged Gerald argues with her and suddenly suffers a massive heart attack, and falls on to the floor, leaving Jessie restrained in handcuffs. What follows is Jessie’s harrowing tale of survival amidst hallucinations, dehydration, hunger pangs and claustrophobic inner demons.

It is a violent and disturbing rollercoaster which showcases the confusion and frenzy of the human mind while oscillating between accepting and denying the morbid reality. The film is lucid in its exploration of childhood trauma and abuse which seeps into adulthood and exists as an ugly manifestation and constant reminder of the dreadful past.  Carla Gugino, despite her physically restrained role, is terrific. She does a stellar job in portraying the emotional turmoil, vulnerability, withering sanity and terror Jessie due to isolation. The abuse perpetrated by men in her life at various stages moves the audience and makes the horror palpable enough for people to shudder at the thought of being trapped in her character’s position.

“This monster was real, real as they come.”

The film is observant of an arc of romance which witnesses the lives of Dean and Cindy, a young couple living a quiet life. On the outside, they have a normal and somewhat happy life, getting by. However, they are caught in a downward spiral which results in an extremely irritable and rocky relationship. All the passion they had at the start of the relationship starts to fizzle out with Dean’s lack of ambition and Cindy’s self-withdrawal, which leads to impending marital doom.

Ryan Gosling and Michelle Williams are stunning on-screen. Though the unusual depth and emotional bandwidth of their characters make the film extremely special, it might be slightly disturbing to watch the intrinsic analysis of a rocky marriage. The actors would improvise dialogues and film unscripted scenes based on what they thought would be essential to their respective roles. To add authenticity to the characters, Cianfrance would fan the tension. “One night he told Gosling to go into Williams’ bedroom and try to make love to her. Gosling, soundly rejected, ended up sleeping on the couch”. Intense and minutely crafted, the film sees the development of a relationship complicated by an unplanned pregnancy and the subsequent fracture.

“How do you trust your feelings when they can just disappear like that?”

The film focuses on a man referred to as Him who is a poet and is suffering an intense writer’s block. His wife and muse, mother, tries to cheer him up but to no avail. However, one night, an intruder by the name of Man seeks shelter and soon their house is filled with unwanted and uninvited guests who are entertained by him but unsettles mother. Soon mother learns she is pregnant and this pregnancy provides an impetus for Him to write and what follows is a disturbing set of events that reek of a trip into insanity and madness.

Darren Aronofsky was hailed a visionary by critics after mother! was released. An allegory with a brilliant and unnerving the setting, the film sees Jennifer Lawrence at her absolute best as the helpless yet resilient mother who fights back fearlessly to protect her son and embarks on a rampage at the little one’s death. Lawrence, in an interview, had stated that the film “depicts the rape and torment of Mother Earth”. Lawrence was the embodiment of Mother Earth while Javier Barde represented god who was ignorant of the wild and outrageous activities of humans in form of fans due to the adulation he received. Man and Woman represented Adam and Eve while their sons, fighting over their father’s property, were Cain and Abel. The overall disquieting nature and the atmospheric psychological horror of the film are accentuated by the brilliant performances by the cast, notably Lawrence and Michelle Pfeiffer. The film’s sinister tone compels the audience’s gradual descent into nightmarish anguish and madness where the story gradually becomes more upsetting and frightening with every turn, heightened by the horrifying background score.

“ You never loved me. You just loved how much I loved you.” 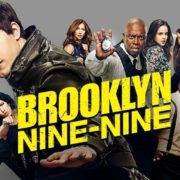 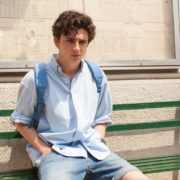 The 10 best romantic films on Netflix for Valentine’s Day 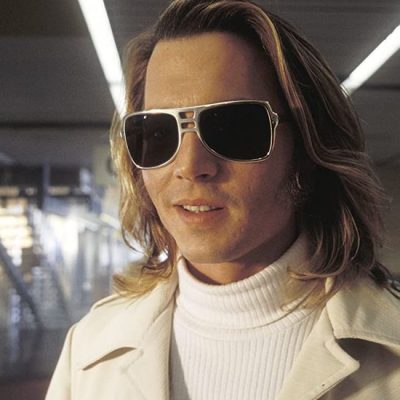 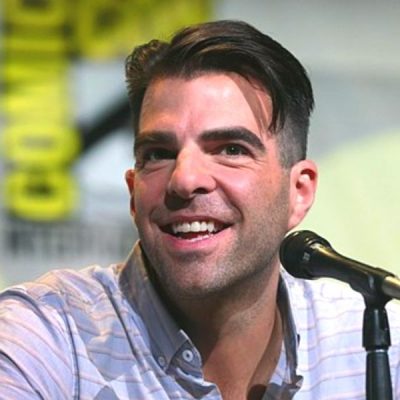 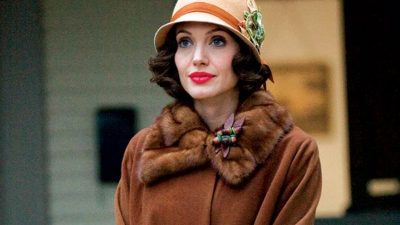 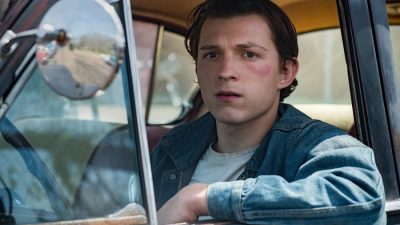 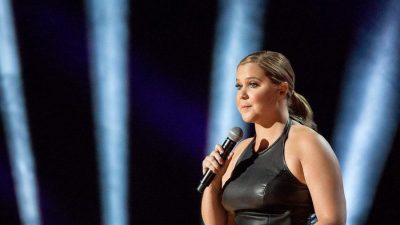 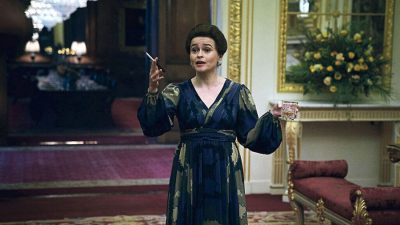