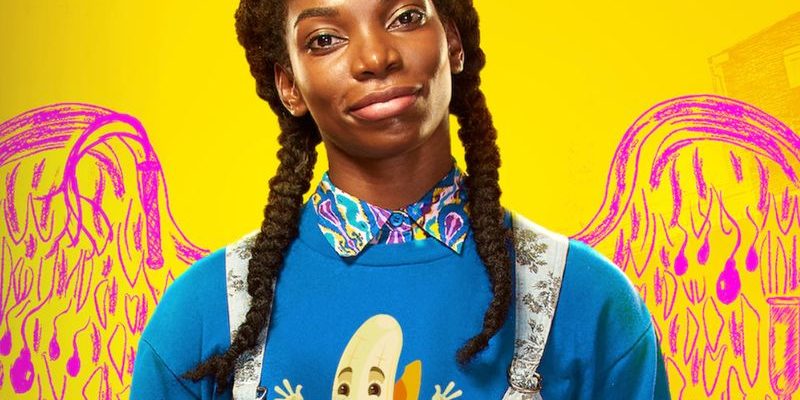 At parties, whenever I get asked about my favourite TV shows, I hear a collective gasp after I never mention the same-old fan favourites like Game of Thrones, The Office, Friends and more. While I would never disagree on these shows being extraordinary (sorry GOT, your last two seasons sucked), many other shows do not have the hype but are equally good.

2020 has been a year of nightmarish surprises but, thankfully, Netflix and other such streaming platforms have been our saving grace. We have watched films, mini-series, sit-coms and many more to keep our minds off the ongoing crises. While shows like Ratched, The Queen’s Gambit and more have received a lot of hype (and rightfully so), many shows still go unnoticed.

2021, hopefully, be more joyous. Well, as of now, we know how to make it better. We scoured through Netflix to find out some of the best yet most underrated shows that have possibly received critical appreciation yet face marginalisation at the hands of the audience. We have listed ten such shows for you to kick off your new year with a January filled with incessant bingeing.

In a fictionalised account, the series follows the journey of Mary, Queen of Scots as she journeys from a French convent to the court of Catherine de Medici to marry her son Francis to whom she was engaged at the tender age of six to maintain political relations. Complications arise when Nostradamus predicts the ill-fated marriage and Catherine tries to call it off. Mary and Francis’ love is further put to test over the years and the series delves deep into the functioning of the French court amidst the rising conflict between Catholics and Protestants.

The four seasons have different premises and the first two seasons were quite well-received by the audience. However, the plot began to loosen over time; however, it is an enjoyable watch for Bridgerton fans given the exquisite setting, splendid courtly love and marriages as well as political affiliations affecting budding relationships.

If you liked watching teen fantasy dramas such as Vampire Diaries, Teen Wolf and more, Shadowhunters should be your go-to series. With demons, warlocks, shadow hunters, vampires and werewolves being played by incredibly hot people caught in gripping storylines and unique characters trapped in intersecting love triangles, this show which was a Freeform production is highly underrated given the popularity of the books as well as the films.

On her 18th birthday, Clary Fray, who has been drawing runes without knowing its significance all her life, gets saved by the trio Jace, Isabella and Alec, who are Shadowhunters. Her mother disappears, she is pursued by the dangerous valentine Morgenstern and her best friend Simon Lewis begins to undergo sea changes which signify him being converted into something non-human (spoiler alert: a vampire).

Rigid, religious and innocent 24-year-old Tracey Gordon is a shop assistant who suddenly feels the urge to have sex despite her virginal nature. She also wants to know more about the world outside from which she is quite sheltered and embarks on this guffaw-inducing journey of sexploits which is often filled with cringe-worthy moments.

Tracey becomes a part of us with her adorable and funny nature that is brimming with ignorance regarding sex. This British sitcom has only two seasons and is not very popular; the clips pop up on the Facebook newsfeed now and then and the audience have probably failed to realise how great the show is with its wonderful humour that transcends race, religion and culture as well as a klutzy protagonist who just wants to find her place in the world.

“Do you have a fuck I can borrow? ‘Cuz I ran out of fucks to give.”

What happens when two women whose lives lack any kind of concurrence are forced to leave with each other due to their respective husbands falling in love? We get a hilarious and heartwarming show like Grace and Frankie. Uproariously funny, although critics have highly praised this show, it is not quite popular among the audience and only heaven knows why.  With the iconic Jane Fonda and Lily Tomlin pairing up, the show is sure to make your sides ache with laughter.

Grace Hanson is a  critical cosmetics magnate who does not particularly like Frankie Bergstein, a goofy art teacher. However, their lives fall apart when their husbands Robert and Sol, who were also divorce lawyer, fall for each other, compelling the two women to set aside their differences and move in together, entering the tumultuous world of friendship, age, romance and health issues.

“The whole point of my lube was to have less friction in the world. And all it’s done is make more.”

Based on Lucy Maud Montgomery’s beloved book Anne of Green Gables, this period drama revolves around an orphaned Anne Shirley who struggles with the identity of being an orphan while seeking her place in the world. Bullied and shunned, Anne desperately tries to gain acceptance and eventually by dint of wit and creativity, makes a mark in the somewhat rigid 1890s society.

Beautiful and moving, this Canadian show was very well-received and gained a massive fan following. Avid Montgomery readers were proud of the final product which was considered by Palak Jayswal to be extraordinary in a case where “the remake of the classic is done better than the original”. Fans waged an online war when Netflix cancelled season 4 but the other 3 seasons are available on Netflix and are worth investing time in.

“I think broken things have such sad beauty.”

In this Brazilian series which is set in a dystopian future, young 20-year-olds fight for their survival. Residents of the dilapidated and penurious Inland, they must all undergo extreme conditions while completing The Process to journey to the luxurious and secure offshore. With the unsuccessful candidates left injured, dead or eliminated, this epic survival game is one where a mere 3% make it.

What sets 3% apart from other survival shows set in a dystopian climate is its exploration of human emotions. Not only do they emphasise the situational distress but also the human anguish, anxiety and desperation which accentuates the overall atmospheric horror of the series. With complicated backstories and complex emotions, the characters become an indispensable part of us while we watch this brilliant show.

Adapted from Margaret Atwood’s The Handmaid’s Tale, the miniseries revolves around the life of Grace Marks, an Irish immigrant who is convicted of murder. The story begins in 19th century Canada and unravels in a litany of flashbacks.

A hard-hitting and poignant social commentary, the script is poetic and uncompromising. Sarah Gadon delivers a marvellous performance as the mistreated and abused woman hushed by society. One of the most underrated yet best period dramas on Netflix, it is a scorching commentary on the condition of women in the mid-1800s, especially the trials and tribulations Grace herself had to face. The constant interrogations coupled with the debates regarding pardoning a criminal on grounds of insanity have been handled with poise and finesse. The ambiguous ending might leave the viewers frustrated, hankering for answers, but this magnificent, heartbreaking series is a must-watch for all.

“There are many dangerous things that may take place in a bed. It’s where we are born, our first peril in life. It’s where women give birth, which is often their last. And it’s where the act takes place between men and women, sir. Some call it love, others despair, or merely an indignity they must suffer through.”

Eleanor Shellstrop is an unscrupulous mercenary saleswoman who sold fake medicine to the elderly. However, after she dies she is mistakenly sent to the Good Place instead of the Bad Place which is a hub of amoral, obnoxious people like her. The Good Place is designed for good, honest and hardworking people with a strong set of ethics and morals. Eleanor, who is aware of the mistake yet wants to stay there, must conceal her past deeds without being noticed by the angel-architect who oversees their activities.

The narrative is effortless and lucid, based on the afterlife. It is a light-hearted take on the nature of human existence, sins as well as death. The sitcom hits home as it continuously urges the viewer to self-reflect and to be grateful. It puts special emphasis on friendship and love even in the afterlife, for love can salvage anything. The show further addresses the most important question; “Who is truly a good person?” Kristen Bell, as the outrageous Eleanor, is phenomenal on-screen, with her added quirks and effortless portrayal. With a diverse cast of incredibly talented actors, Schur’s creativity and unique imagination provide food for thought, is consistently funny and quite philosophical.

“The problem is, if all you care about in the world is the velvet rope, you will always be unhappy, no matter which side you’re on.”

When financial advisor Martin “Marty” Byrde’s money-laundering scheme with an infamous drug cartel goes wrong, he is forced to make amends by setting up an even bigger operation in Lake Ozarks region, Missouri. To protect his family, Marty and the rest of the Byrdes move to the quiet Osage Beach. Soon they get embroiled with the local criminals such as the Langmores and the Snells, as well as the Kansas City Mafia.

Masterfully crafted and appropriately paced, Ozark boasts of stellar performances by Jason Bateman, Laura Linney and the rest of the ensemble. The characters are flawed and presented in their crudest forms; Marty’s quiet, gloomy and compromising nature is juxtaposed to his wife, Wendy’s ruthless, ambitious and go-getter nature. The immersive setting of the series set a moody tone to the storyline. Thrilling and intense, Ozark plunges deep into the world of mafia families and drug cartels and is focused on how far a family can go to stay together and protect each other’s integrity while being hounded by adversaries.

“The bite of the apple was not the original sin. Lucifer’s fall was.”

With a burst of colours and abstract animations, this experimental anime has won my heart. With a disillusioned unnamed college student, the everyman, as the protagonist, the anime features him in parallel situations to live his goal of falling in love with a raven-haired maiden. With the troublemaker Ozu and the level-headed Akashi by his side, he is mentored by Higuchi. The episodes are hilarious and see this protagonist taking care of Jogasaki’s sex doll as well as being hit on by a dentist.

As Lauren Orsini rightly described, “With thoughtful wordplay and deep insight into the human condition, this bildungsroman bridges fantasy and reality with a cast of characters just on the other side of absurd”.

While the show resonates with me, as a college student, about to go out into the world, it is a wonderful piece of art which transcends fact and fiction. A must-watch, this 11-episode series is sure to leave you mesmerised and thoughtful in the end.

“Always dreaming of the unrealistic, I never looked at what I had right around me.” 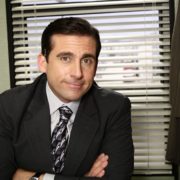 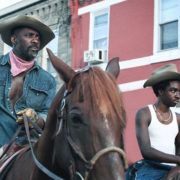