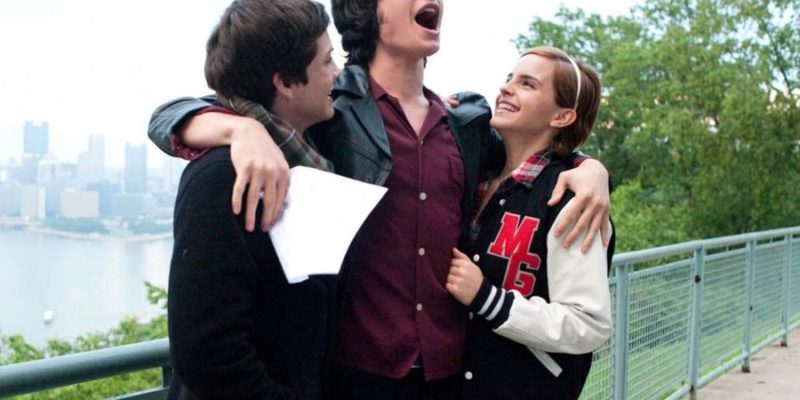 Teen movies are an all-time comfort zone for most of us. Be it clear sunshine, heavy rains, or dark gloom outside, these light-hearted films with their young protagonists going through their equal share of teenage problems: falling in love, reeling in heartbreak, chasing their dreams, accepting the absurdity of their situations, and finally growing up: we relate to these characters in ways more than one.

Sure, while we might not find ourselves to be extra desperate in going back to our teenage days, it sure is a hell lot of fun to check out the other youngsters find their path through the confusing and emotionally tumultuous coming-of-age years.

That is why, to satiate your cravings for the gloriously awkward teenage yearnings, hop onto Netflix and watch these amazing teen-flicks that made us smile, cry, and die!

Starring an ensemble cast of Asa Butterfield, Britt Robertson, Carla Gugino, and Gary Oldman, the ‘space’ in The Space Between Us literally refers to space: the distance between Mars and Earth.

A sweet sci-fi romance, the plot deals with a young human (Asa Butterfield), raised in isolation on Mars, who visits Earth and a video-chat friend (Britt Robertson). Unsurprisingly cheesy, but has an interesting premise with a cast stacked with the likes of Gary Oldman and Carla Gugino, where they all turn in pretty good performances.

Based on Jenny Han’s 2014 novel of the same name, To All the Boys I’ve Loved Before is the perfect watch to colour up your grey days.

Warm, fuzzy and unapologetic with its romance, this high-school rom-com stars Lana Condor as Lara Jean who writes secret love letters to the boys she lusts after, which no one is ever meant to see. The letters end up being sent, with Lara Jean having to subsequently deal with her feelings and the implications of the letters. Oh, it also stars the teenage-heartthrob Noah Centineo.

Unabashedly romantic, honest and beautiful, Rob Reiner’s Flipped tells the story of two eighth-graders who start to have feelings for each other, despite being total opposites.

Based on Wendelin Van Draanen’s 2001 novel of the same name and starring Callan McAuliffe and Madeline Carroll in lead roles, Flipped very tenderly portrays the growing-up years of first love and first heartbreak, all set back in the nostalgic 1960s USA.

Always Be My Maybe stars Ali Park and Randall Wong as childhood friends Marcus and Sasha, who have not been in touch since a brief teenage fling ended badly.

When Sasha returns to San Francisco to open a restaurant and romantic chemistry from their teenager years remains, Marcus’s fears and Sasha’s fame and demanding career challenge their potential new relationship.

Nadine (Hailee Steinfeld), who is already at peak awkwardness, has things further cut out for her when her all-star older brother Darian (Blake Jenner) starts dating her best friend Krista (Haley Lu Richardson). Gracefully juggling the teenage angst with the loneliness of growing-up, Hailee breathes life into Nadine, whose unexpected friendship with a thoughtful teen (Hayden Szeto) gives her a glimmer of hope that things just might not be so terrible after all.

Elle Fanning and Justice Smith star as two people struggling with the emotional and physical scars of their past. They discover that even the smallest moments can mean something.

Featuring powerful and stand-out performances from both its leads, All the Bright Places has been praised for its accurate and non-cliched portrayal of delicate subjects like suicide, depression and the mental health of teenagers.

Based on Stephen Chbosky’s 1999 novel of the same name, Logan Lerman stars as a teenager named Charlie who writes to an unnamed friend, and these epistles chronicle his trials, tribulations, and triumphs as he goes through his first year of high school.

The film depicts his struggles with his, unknown to him, post-traumatic stress disorder, as he goes through his journey in high school making new friends. Featuring an ensemble cast that includes Logan Lerman, Emma Watson, Ezra Miller, and Nina Dobrev among others, The Perks of Being a Wallflower also includes one stunning use of David Bowie’s iconic Heroes, which alone is reason enough to give this movie another watch.

One of our favourites from this list, It’s Kind of a Funny Story is not just fun: it is also lovely, though-provoking, and deals with the serious subjects with the utmost sensitivity. It tells the story of Craig, who checks into a psychiatric ward when he realises that he is suicidal. He undergoes a transformation as he comes across people less fortunate than him.

Starring the likes of Emma Roberts and Zach Galifianakis, it’s so warm-hearted and comforting, that if you’re a sucker for comfort movies, you are bound to fall in love with it.

This romantic comedy based on David Nicholl’s book of the same name centres on Dexter (Jim Sturgess) and Emma (Anne Hathaway), who first meet during their graduation in 1988 and proceed to keep in touch regularly. The film follows what they do on July 15 annually, usually doing something together.

Perhaps slightly depressing, and although spanning more than twenty years in its plot-time; One Day includes all the highs and the devastating lows that most of the teenagers are now all so familiar with.

Mark Water’s 2004 chick-flick Mean Girls starring queen bees Lindsay Lohan, Rachel McAdams, Tina Fey, and Amy Poehler among others, is in part based on Rosalind Wiseman’s non-fiction self-help book, Queen Bees and Wannabes, which describes female high school social cliques and the damaging effects they can have on girls. For the other part, Fey inspiration from some of her own experience at Upper Darby High School.

Now commanding a cult-following and being firmly inscribed in the books on modern pop-culture; Mean Girls is not just wickedly funny at its depiction of the high-school world, but also totally realistic and relatable – making it the go-to movie of the new and young generations. In a breakthrough role for Lohan, she played the sixteen-year-old Cady, who joins a new public school and soon enough finds herself to be in the good graces of an elite group of cool students dubbed ‘The Plastics’. 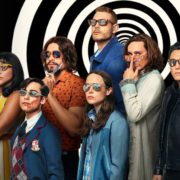 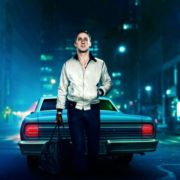