“Before you marry a person, you should first make them use a computer with slow internet to see who they really are.” – Will Ferrell

2020 has been a tough year. While we have failed to see the light at the end of the tunnel, certain people have utilised this predicament to make the most out of it. From making COVID jokes to reevaluating relationships in light of extreme close proximity for prolonged periods of time, the stand-up comics have, with their hilarious, hard-hitting and relatable punchlines, kept us going.

Netflix has an array of stand-up specials that will leave you in splits. While these comic icons deal with serious and topical issues like racism, gender and more, they infuse humour, irony and sarcasm, which makes it a delightful experience. These comics include revolutionary and ground-breaking ideas and shatter all inhibitions with their dark, zany jokes.

Here we have listed the ten best stand-up comedies on Netflix right now, from Hannah Gadsby to Dave Chapelle, Kevin Hart to Marc Maron. If you are having a bad day, fix yourself some popcorn and tune in to Netflix to watch these specials.

Bert Kreischer jokes about the incessant oxymorons in his life. A man-child, he is also a loving husband and doting father. His jokes are balmy yet goofy, absurdist yet endearing. He talks about how he earned his name ‘The Machine’ including his encounter with a grizzly bear, his experiences in Russia and more.

Hilarious and wild, this shirtless, dad-bod stand-up comic deserves the hilarious uproar he receives for his work for being the best storytellers of all time.

9. Trevor Noah, Afraid of the Dark

Noah recounts his story of coming to America, nationalistic fervour and more. He navigates his way through important and serious issues with humour and makes us laugh despite the seriousness.

If people told you that Nordic people are not funny, Ari Eldjarn would prove otherwise. This Icelandic comic, in an English-language special, talks about various topics including Icelandic people feeling oppressed even among other Nordic countries, handballs, toddlers, Hollywood’s vision of Thor and more.

Consistent in his narration, he has the power of shifting accents. He is effortless in his humour as he is in physical movements. A visual delight on-screen, Ari Eldjarn’s special is a must-watch for all as it will surely leave you in splits.

“We have the most Nobel prize winners  per capita. One.”

Our favourite middle-aged cynic Marc Maron now has a show on Netflix where he presents his disgruntled and disinterested outlook at life. From dick jokes, vitamin buyers, male nerds, evangelicals and more. The epic doomsday humour, crass and filthy, touches on every topic under the sun.

Marc Maron does not shy away from opening on controversial topics. Cheeky and dark, Maron loves to talk about his bleak attitude towards life. The title is apt, and the final joke will make your sides ache. We love us some good old Maron!

“If you actually made a column of things you’re pretty sure you know and then made another column of how you know those things, most of that column is like ‘Eh, some guy told me!’”

6. Dave Chapelle, The Age of Spin

Dave Chapelle still hits different. He knows he needs fresher content instead of talking about Bill Cosby and O.J Simpson and is happy to acknowledge that. Unlike Kevin Hart, Chapelle’s raunchy and zany humour includes discussions on politics, sex scandals, racism, children, education, his marriage and more.

A comic icon, he is mature and compelling in this special. Honest and funny, Chapelle probably could have done better had he not been out of touch for so long. We are happy to see our King of Comedy on Netflix, performing and thriving.

“ If Making a Murderer was about a black dude, that shit would be called duhhh.”

Dark, irreverent and quirky, Daniel Sloss is back, bigger, better and more bizarre than ever. In his trip to the United States, in this two-part miniseries, Sloss opines on a wide variety of subjects under the sun, including from vegans, dead babies, dad jokes, Beyonce, cemetery groundskeeping, deaths, disability, parenting and relationships.

Daniel Sloss was widely recognised for being the youngest comic to achieve the honour of performing a solo season in West End. Energetic and funny, his jokes are well-timed and well-crafted and manage to send the audience into peals of laughter despite the offensive and unconventional content.

“America… a country that believes that obesity is a disease, but homosexuality is a choice.”

Innovative and relatable, Kevin Hart’s latest comedy special is shot within the comfort of his living room due to the ongoing pandemic. The topics range from his experiences during the COVID lockdown, him contracting the virus yet getting overshadowed by Tom Hanks, cancel culture and more.

Focusing on his life, he talks about his daily experiences which reflect raw and honest emotions. Kevin Hart is seemingly done with the pandemic, and this special is funny yet vulnerable where a comedian desperately tries to clutch on to his audience via the sting of humour.

Described as “honest and self-deprecating”, Bo Burnham’s comedy special was conceptualised after he started having panic attacks before shows. Deep and resonating, Bo tackles issues like sexuality, illness, degrading mental health and death while deifying celebrity statures. His satirical songs have been the cause of concern about his decaying mental stability which has led Bo to talk about how the song was a special reflection of his on-stage persona.

Disjointed and compelling, the show was praised for getting “more avant-garde and considerably darker”. Burnham’s presence as a deft comic with wonderful timing and satirical, zany humour that pokes fun at himself makes his performance sincere and enjoyable. “Deeply personal” and reflective, the show ends with a heartfelt “Are you happy?” which will leave viewers awestruck yet fulfilled.

“Come and watch the skinny kid with a steadily declining mental health and laugh as he attempts to give you what he cannot give himself.”

Hasan Minhaj, sharp and witty, recalls his experience growing up as an immigrant in Davis, California. Born to Indian Muslim parents, Minhaj talks about his life experiences in his brown family, how the 9/11 attacks affected him, bullying, racism and the pressure of being the blue-eyed boy.

Tracing Minhaj’s experiences, it gives a close insight into the shaping of the comic’s comedic genius, personality traits as well as his career. Refreshing, funny and moving, Hasan Minhaj’s show does not overdo the familiar tropes of the conventional Islam-centric jokes, trump and more, which makes it even more appealing.

“Isn’t life like biriyani where you push weird shit to the side?”

Although Nanette was supposed to be her last show, the success prompted her to launch Douglas. The sheer brilliance of this special lies in the sardonic yet sappy humour of Gadsby which can only be lived through. Watch this beautiful woman clad in a blue blazer journey you through a wide range of emotions with her hard-hitting and humorous punches. 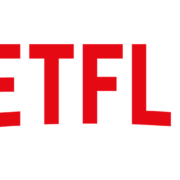 How much does Netflix cost? Everything you need to know about subscription plans

Is ‘Home Alone’ streaming on Netflix? 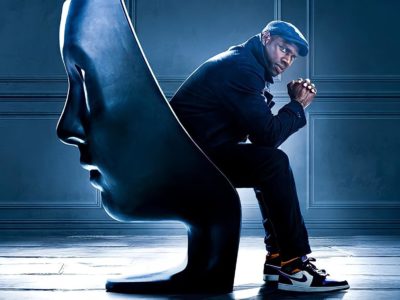