Stranger Things actress Millie Bobby Brown will become the star in the brand new Netflix film The Girls I’ve Been.

The film, yet to announce a director, is an adaptation of Tess Sharpe’s novel of the same name. The plot centres around a trick con artist named Nora, a character who uses specialist skills to escape a serious situation during a hostage situation at a bank. The plan is to safely escape alongside her girlfriend and ex-boyfriend.

According to Deadline, Brown, still only 16-years-old, has also been attached to produce the film through the company PCMA Productions. Alongside Brown, actor and director Jason Bateman has been confirmed to produce the project Aggregate Films Banner in collaboration with Michael Costigan.

The new reports reveal that Tracey Nyberg of Aggregate Films secured the deal for the rights of The Girls I’ve Been, a book which will be published by Penguin Random House next, and quickly approached Netflix about the feature film plans.

The latest project builds on an already strong relationship between the streaming platform and Millie Bobby Brown. Off the back of Stranger Things success, Netflix also recently acquired Brown’s next feature film, Enola Holmes.

As for Jason Bateman, his past success with the hugely popular Ozark has secured his important to Netlix. The show proved to be a hit with the Emmy’s, earning nominations for Best Drama Series and Best Actor for Batemen himself.

Production details of The Girls I’ve Been are yet to be released. 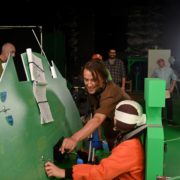 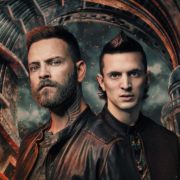 ‘Suburra: Blood on Rome’ season 3 to arrive on Netflix in October