Halston is the new Netflix limited series that tracks the life of a fashion designer who used the series title as his moniker as he tried to establish himself in the fashion world. His name became synonymous with luxury, sex, status and fame in the 1970s and 1980s.

When Ewan McGregor was cast in the role of Halston it sparked debate online about whether it was correct for a straight man to take on the role of a homosexual.

In an interview with The Hollywood Reporter, Ewan McGregor was asked to comment on remarks made by the gay actor Billy Porter in 2019 regarding the narrow range of roles on offer for those who identify as homosexual.

Porter commented, “If ‘flamboyantly’ wasn’t in the description of the character, no one would see me ever for anything. Straight men playing gay — everyone wants to give them an award.”

When presented with this argument, McGregor responded by saying, “I hear the discussion and I respect both sides of it, I really do. I haven’t walked in Billy Porter’s shoes. I don’t know what it’s like to lose out parts when you might feel it’s to do with your sexuality. So I can only respect his point of view.”

Before adding: “If it had been a story about Halston’s sexuality more, then maybe it’s right that gay actors should play that role. But in this case — and I don’t want to sound like I’m worming out of this, because it’s something I did think a lot about — I suppose ultimately I felt like it was just one part of who he was.”

Netflix announced that the series will be landing on their platform from May 14th. You can check out the trailer below. 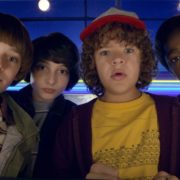 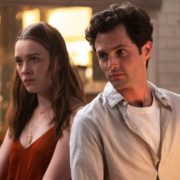 Showrunner for Netflix’s ‘You’ gives update on “bonkers” new season