Things couldn’t be better for die-hard Breaking Bad fans to get an insight into the origin story if the smooth-talking Saul Goodman via the binge-worthy Better Call Saul. Besides, El Camino: A Breaking Bad Movie shook the fanbase last year, recapturing the essence of the popular show and giving a perfect closure to Jessie Pinkman’s character arc.

Netflix has been super gracious in streaming the seasons of Breaking Bad; however, it is an open secret that the streaming platform’s decision to include the show was partly influenced by the latter’s long-term success on the cable network AMC. The show had first arrived at Netflix before the release of its fourth season. As a result, fans began to catch up on the show and the subsequent viewership for the upcoming seasons increased, benefitting both Netflix and AMC. The show’s director Vince Gilligan even credited Netflix for their contribution at having “kept us on the air”. The mutually beneficial relationship between cable networks and streaming platforms have, thus, kept growing over the years.

Better Call Saul, like Breaking Bad, is a Sony Pictures Television production which airs on AMC. The ten episodes of season five aired on the cable network on February 23, 2020, finishing on April 20, 2020. This has confused fans of the “Gilligan Cinematic universe” regarding when and if the fifth season will be available on Netflix worldwide. According to Bob Odenkirk, Better Call Saul’s fifth season was “the best season we’ve ever done” and this increased the feeling of anticipation and apprehension in fans who have not watched the season yet.

As the wait for the fifth, as well as the sixth season, officially begins, we put on our sleuth hats to find out more about the arrival of the fifth season and the premise of the sixth season.

‘Better Call Saul’ release schedule for Season 5 in US and Canada:

Unfortunately, for fans in the United States, Canada, South Africa and Spain, the wait is painfully long. Since the cable network that originally airs episodes of Better Call Saul, AMC, is based in the United States, Netflix US can only acquire the streaming and licensing rights after a while; thus the rest of the world gains access to streaming episodes weekly, while Netflix US does not.

Usually, there is a set pattern to this right before a new season is released, the episodes of the previous seasons are added. The fourth season of Better Call Saul, like Breaking Bad, was added right before the release of season five which led to a surge in viewership. Similarly, the third season aired in march 2018 just before AMC’s August air date.

Thus, it is expected to be able to stream the fifth season of the show in early 2021. If the pandemic delays the airing of season six on AMC, it could lead to a subsequent delay of Netflix US and Canada streaming the episodes later in the year. Till then, the fans are jittery, anticipating the tense buildup, while their fellow binge-watchers worldwide are ready to share spoilers on Reddit.

Like always, as soon as new episodes aired on the US cable network AMC, Netflix started streaming those episodes. New episodes began streaming on Netflix on February 24, 2020, onwards.

The weekly release schedule was adhered to in regions like the United Kingdom, Poland, the Netherlands, Portugal, turkey, Switzerland and more. It also applies to the Asian and Latin American regions, namely India, Brazil and more.

However, the same schedule does not apply to regions such as South Africa, Iceland or Spain.

Everything about ‘Better Call Saul’ season 6:

Season 6 will be the final season of the show. Although filming began in February, production has been delayed due to good old Covid. Rumours are afloat that instead of early 2021, the sixth season will premier somewhere in the middle of the year. However, the producers have not confirmed this. Most of the original cast members shall return, and executive Peter Gould has heightened the tension by encouraging fans to ask questions such as “What does this man deserve?” or “What would be a deserving end to this?” instead of a simple “What’s going to happen to him?”.

He has further added: “The title of the penultimate episode this season was ‘Bad Choice Road’.

As we prepare ourselves for a mind-boggling finale and sincerely hope our unfortunate fellow Better Call Saul fans in regions like US, Canada, Spain and South Africa get to watch the exquisite fifth season soon, let us rewatch the series as well as Breaking Bad to keep our adrenaline rushing.

From Mindhunter to Delhi Crime: The 10 best crime series on Netflix 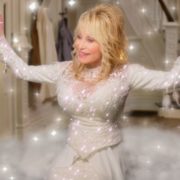