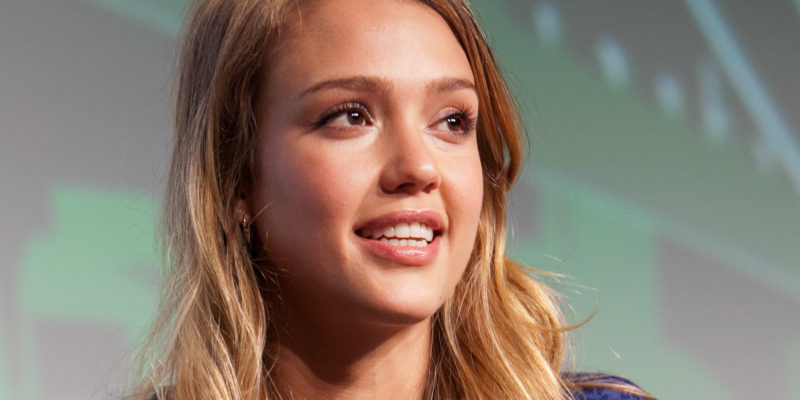 “Being perfect is being flawed, accepting it, and never letting it make you feel less than your best.” — Jessica Alba

Jessica Alba is undeniably one of the most beautiful and multi-talented actresses in Hollywood who juggles a successful business alongside her acting profession and a full-time job as a mother. Born on April 28, 1981, to a very conservative and religious family, Alba has always emphasised the feminist reawakening in her at the young age of five. Having been a sickly child, she often was confined to the bed and was quite lonely as a child. After graduating high school at 16, she enrolled herself in the Atlantic Theatre Company due to her knack for acting from a very early age. Alba had won an acting competition at the age of eleven, which rewarded her with free acting classes that inspired her to pursue this profession.

After starring in her debut role Camp Nowhere, Alba became a regular at commercials and other independent films. She was seen on Nickelodeon in 1994 before frequently appearing on the television. Alba rose to prominence with her role opposite Drew Barrymore as an elite clique member in Never been Kissed but did not get her breakthrough till 2000 when James Cameron hand-picked her from a pool of actresses to star as a super-soldier named Max in a sci-fi series named Dark Angel that ran for two years.

Max was seen as the epitome of feminism and empowerment and won Alba a Saturn award, a Teen Choice Award, and a Golden Globe nomination. Following this, Alba has appeared in various other well-known films, including the Fantastic Four franchise, Sin City, Into the Blue, Good Luck Chuck etc.

Alba has always been vocal about her disgruntlement at the sexism pervading the industry. She even recounted how her director in the Fantastic Four franchise wanted her to “cry pretty” and added to her growing self-doubt. She questioned her acting prowess and soon realised that “Fuck it, I don’t care about this business anymore”. Alba has also spoken up about how she has always been sexualised: “I think there are ambitious girls who will do anything to be famous, and they think men in this business are used to women doing that. Contrary to how people may feel, I’ve never used my sexuality. That’s not part of it for me”, she said.

“When I’m in a meeting, I want to tell you why I’m an asset, how I’m a commodity, how I can put asses in the seats, not, ‘There’s a chance you’re going to be able to fuck me.’ That’s never been my deal.”

Despite working on various projects sparingly, this professional scuba-diver is a business mogul whose company The Honest Company dabbles in household goods, body care items and diapers; Honest Beauty is a skincare and cosmetic enterprise. A doting mother, she is a New York Times best-selling author with her book The Honest Life.

On her 40th birthday, let us take a look at the actresses’ five best films that are now streaming on Netflix.

Greg’s haughty father-in-law Jack never takes him seriously. Despite ten years of being married to Pam and having two little children with her, Greg cannot seem to win that trust. Jack, however, grows very suspicious of Greg moonlighting with drug companies and decides to spy on him covertly. During the twin’s birthday party, where even Pam’s ex is invited, Greg decides to prove his worth as the next patriarch once and for all. Yet, he keeps getting interrupted by a flurry of misunderstandings, spying, quarrels and family squabbles.

Amidst a talented cast comprising Ben Stiller, Robert DeNiro, Owen Wilson and more, Alba shines as Andi Garcia, the drug representative who flirts with Greg and arouse suspicion in Jack’s mind about Greg’s alleged infidelity. The film is itself not very highly rated despite the gags and misunderstandings surrounding the dysfunctional family. DeNiro being a good old sport, poked fun at the criticism meted out to the film while accepting his lifetime achievement award by saying how “moved and gratified” he was as they had chosen him “well before you had a chance t review Little Fockers”.

Marissa is a retired OSS spy who is ironically married to a spy hunter and is a stepmother to two complicated children who do not want her in their lives despite Marissa’s best efforts. A pregnant Marissa is called upon by the OSS for a mission that involves a stone attached to the necklace she gave her stepdaughter. Soon the two children come to know of her true identity and are embroiled in the spy adventure where they also get to meet the famous Spy Kids duo, Carmen and Juni Cortez. However, time is ticking, and they must team up to destroy their common enemy.

Rodriguez came up with the idea of a “spy mom” after watching Jessica Alba clean her baby’s diaper. While the Spy Kids franchise began on a humorous and exciting note, the fun fizzled out too soon. This film is quite unfunny and has the same plot cliches repeated over and over again. However, intriguing performances from actors and actresses, namely Jessica Alba, Mason Cook, Rowan Blanchard, Daryl Sabara, and Alexa Vega, makes the film watchable. Do not miss out on dear old Ricky Gervais voicing the robot dog named Argonaut.

After a space mission goes wrong, Dr Reed Richards, Ben Grimm, Dr Victor Von Doom, Susan Storm and Johnny Storm get exposed to a cloud that alters their genetics and makes them possess superpowers. Reed gains flexibility, Ben gains super strength, Johnny becomes the Human Torch, while Susan gains the power of invisibility. As the group tries to figure out ways to return to normalcy, unbeknownst to them, Von Doom plots against Reed and tries to win back Susan and seek vengeance against the group.

Jessica Alba plays the level-headed Susan Storm, who is the ex-girlfriend of Reed. As they bicker throughout the film about their failed relationship, jabbing each other with sharp comebacks, they grow closer and fight together against the evil Doom. Based on the story of Marvel’s oldest hero team, the film is not as strong as the subsequent Marvel superhero films yet has enough fun and funky characters to make it more than enjoyable.

Following the events of the first film, Reed and Sue are about to get married when a humanoid Silver Surfer interrupts their publicised wedding by causing a strange phenomenon to occur throughout New York. After Johnny has a close encounter with the Surfer, there is a bizarre change in his genetics, making him susceptible to changing powers with the remaining three. Doom returns from his hiatus due to the cosmic energy, and the Surfer tells the four about a huge cosmic entity that was heading towards Earth to consume it completely and feed on its life force. The four engage in a battle with Doom and the intangible mass of cloud that threatens to destroy humanity.

Jessica Alba reappears as Susan Storm and wore a blonde wig due to the immense damage the first film caused to her hair. She was criticised for her acting and defended herself by talking about what Tim Story had allegedly told her. “It looks too real. It looks too painful. Can you be prettier when you cry? Cry pretty, Jessica… Don’t do that thing with your face. Just make it flat. We can CGI the tears in.” in her defence, she was pretty good in the first film; sexism got the better of her and hampered her honest efforts.

When a young girl training to be an international assassin, Agent 83, wants to lead a normal life like other teenagers, she bails out of her mission and enrols in an exchange programme where she calls herself Megan. Living with Mrs Larson and her family, she is disliked by the daughter Liz. Despite initial hiccups in school and getting bullied, Megan soon realises that she is being followed by yet another assassin named Heather, and the normalcy in her life soon gets disrupted.

Jessica Alba stars as an American arms dealer and appears alongside Hailee Steinfield, Sophie Turner and Samuel L. Jackson. The girls were assigned to find Knox and the latter keeps evading their attempts. The screenplay is a tad bit rushed and muddled. As a teen comedy with young spies, it often infuses humour with action yet fails to utilise the wonderful cast to its fullest potential. 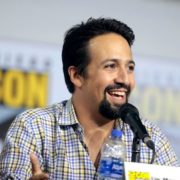 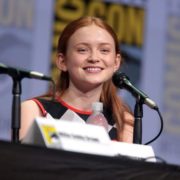 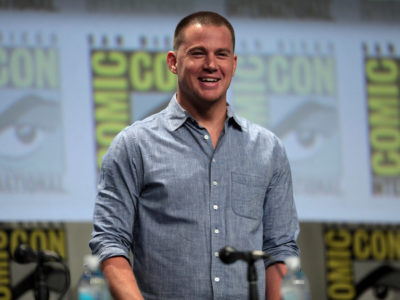