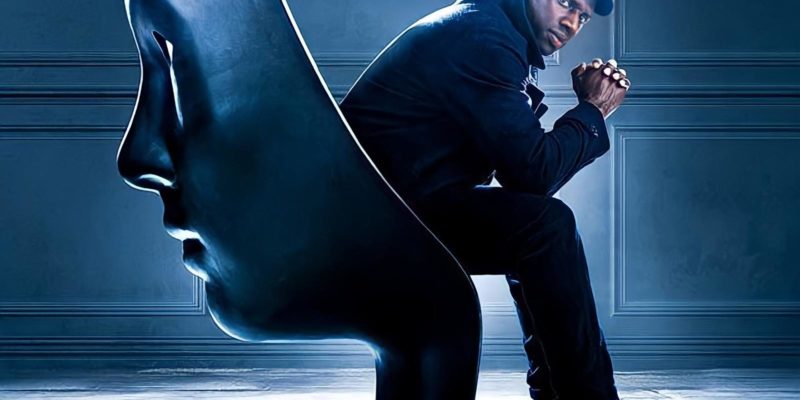 Netflix, our best friend and confidante, has added a bunch of new shows in 2021. Although the year might not be exactly uplifting with the sudden upsurge in Covid cases, however,  the varied number of series and shows released within just the first two months might help the year pass by in a flurry. While some of the shows were released back in 2020, they are equally pertinent in 2021 given their popularity.

Period dramas like Bridgerton and The Crown have gained a massive fan following given their interesting premise as well as a set of loveable characters. Bridgerton, in particular, has been a source of visual delight to fans with its steamy hot romance scenes and layered characters. Similarly, Brooklyn Nine-Nine has finally released its seventh season on Netflix, announcing that they shall not come back for the eighth season which is understandable in the light of recent events that include police brutality in the States. With interesting new crime documentaries as well as light-hearted series documenting female friendships, the new shows are indeed very interesting.

Here are the 10 best shows on Netflix right now that are worth bingeing on.

Derived from the anime Winx Club, this series focuses on a magical boarding school named Aleea College in the Otherworld. A fairy who has fire powers, Bloom, enrols in this academy where she rooms with Stella, Aisha, Terra and Musa who possess powers to control the various elements like light, water, air and mind. The four friends help Bloom discover stories about her past amidst a growing threat of the ancient creatures, Burned Ones, returning to Otherworld, threatening to upstage the peace and sanctity.

Although it has failed to recreate the memorable magic woven by the source text, it has a refreshing perspective with a teenage drama unfolding in the backdrop. The acting is good, however, the writing could have been better. We can only hope for the following seasons to be better. Binge on this series to relive the glorious childhood memories.

“Sometimes being a fairy means you have to deal with shit.”

2021 has a great series of crime documentaries on Netflix. This limited series with 4 episodes focuses on one of the most infamous hotels in Downtown Los Angeles, the Cecil Hotel. It starts with the mysterious disappearance of a young Canadian tourist Elisa Lam who stayed there. Weeks later, her body was discovered in the water tank on the hotel’s rooftop which became one of the most sensational cases in the city.

While the series has been criticised for being unnecessarily long and somewhat disrespectful to the Lam family, it holds bits of information that might be interesting to the ones genuinely interested in the mystery behind the Cecil Hotel. The documentary also upholds the dangers posed by some unnecessary individuals on the Internet who can malign anything with their hurtful and damaging misinformation.

Based on Kristin Hannah’s novel, young girls Tully and Kate become extremely attached to each and the upheavals in the friendships are documented for over thirty years during their life in Firefly Lane. a depiction of a beautiful and platonic relationship between two females is what makes the series so enjoyable.

With Katherine Heigl playing Tully and Sarah Chalke playing Kate, this series will well-resonate with people who love good shows about friendship. Heigl and Chalke have wonderful on-screen chemistry and it is heartwarming to see them support each other through all problems, most notably Kate’s divorce. Entertaining and cute, it is also filled with the girls having fun, all the while being constant rocks to each other.

“That was what a best friend did: hold up a mirror and show you your heart.”

With just four episodes to its name, this limited series is indeed very graphic and documents the blood-curdling tale of how a group of detectives caught the legendary Night Stalker, who was one of the most vicious and blood-thirsty serial killers in Los Angeles. Although the series gloss over his childhood and do not delve deep into his motivation for killing his victims, it has dialled down on its tone out of respect for the affected families.

Richard Ramirez has always been a hot topic of discussion due to the notoriety of his crimes and the brutal methods employed by him to torture his victims. It celebrates the investigators for having managed to catch the criminal and presents a riveting storyline.

“In the end, we all die, and nothing really matters.”

German Netflix Originals are reshaping the genre of television series with their extraordinary plotlines, dialogues and visuals. The first season of Tribes of Europa is promising and as the audience, we can only keep our fingers crossed to watch it surpass DARK in terms of popularity as well as story-building in the near future. Brilliant cast members and splendid performances as well as stunning aesthetics reek of greater things yet to come.

Set in a dystopic future in 2074, the series document the deadly survival tactics employed by the tribes who are fresh survivors of a massive global catastrophe. After an Atlantian aircraft crashes near the Origines tribe, the other tribes come in pursuit of the cube. Three siblings get involved in a conflict when they find themselves possessing this cube.

“We have always kept out of the business of Outsiders and that is how it shall remain. The world outside is not for us.”

This French thriller series focuses on the vengeance sought by a professional thief by the name of Assane Diop. His father, an immigrant from Senegal, had come to France in pursuit of a better life for his family but ended up killing himself in prison put of shame when he was wrongfully framed for having stolen a diamond necklace from his powerful and affluent employer Hubert Pellegrini. Diop seeks to avenge his father’s death by exposing the corrupt Pellegrini as well as bringing ruin to his prie and wealth.

As Diop, Omar Sy is an absolute vision, heightening the mystery of an espionage thriller. He uses age-old methods of disguise and subterfuge with a modern twist which makes the series extremely engrossing. It has only one season on Netflix and is rumoured to stream the second season by mid-2021 which is pretty fast. The show derives its name from the master thief Arsene Lupin from whose book Sy’s character derives inspiration from to become the masterful con artist he is.

“Go in as janitors and come out as millionaires.”

If you have had a rough day and you need something to wind down with, Brooklyn Nine-Nine should be your go-to show. Created by Dan Goor and Michael Schur, the premise of Brooklyn Nine-Nine indicates a serious police procedural show yet turns out to be a goofy and comical sitcom, Schur takes it a notch higher with adept comedy. The lives of the detectives at the fictional 99th precinct of the NYPD is anything but mundane, as they get embroiled in a series of misadventures involving friendship, romance and conflicts all the while solving intense crimes in the city.

This season sees Holt struggling with his new position as a patrol officer, which is also a demotion. His position will be restored after the death of his arch-nemesis Madeline Wuntch. Power couple Jake and Amy will try conceiving a baby and finally succeed after a six-month struggle. The season will be triple the amount of fun with three-time heist winner Rosa emerging as the champion. Amy and Jake’s child shall arrive amidst a whole lot of drama with Brooklyn’s power cut, the father being caught up in a robbery arrest and more. To find out the gender of the baby, stay tuned for the show and you shall not be disappointed.

“I don’t want to hang out with some stupid baby who’s never met Jake.”

What more could we want from a period drama than what is offered by Bridgerton? Set in an aristocratic English society, it features a house-filled with siblings who count on the eldest daughter, Daphne Bridgerton, to find herself a suitable match that would help step up her sisters’ respective games in the marriage market. The oldest brother is a preserver of traditions but secretly beds his mistress. There is a dashing young Duke who, despite brimming with sass and trauma, eyes only the beautiful, virginal Daphne. The neighbours try to outdo the Bridgerton clan in the marriage market. However, all plans are thwarted and all scandals are brought to light by an anonymous woman named Lady Whistledon who exposes the conspiracies and scandals of this ostentatious society.

With raunchy sex scenes and bodacious hunks, Bridgerton, which is the newest addition to Netflix has helped us bid a happy end to 2020. A wonderful period piece, it features the instrumental and orchestral versions of modern-day pop songs including Adam Levine’s “Girls Like You”, Ariana Grande’s “7 Rings” and more. With an 1800s setting, this TV show is adapted from Julia Quinn’s novel of the same name. With opulent parties and flowy dresses, from dramatic and tearful monologues to shocking slander and defamation, this show features all the gossip-fuelling elements of the English high society. Ending with a cliffhanger, the show has garnered a massive fan following in a short period and continues to trend on Netflix and is worth your time before they hit us with a steamy second season.

“ Why settle for a Duke when you can have a Prince?”

The Queen’s Gambit is a fictional story set in the mid-1950s and continues to the 1960s. It revolves around an orphaned chess prodigy Beth Garmon who embarks on a quest to become the world’s greatest chess player. However, various obstacles stand in her way including emotional problems and dependency on alcohol and drugs.

A riveting watch, The Queen’s Gambit is most definitely one of Netflix’s finest creations and has been well-received by the chess community as well as the members were hopeful that it would ignite interest within youngsters to start partaking in the game, especially among young female players. Anya Taylor-Joy as Beth delivers a stellar performance and has received high praise.

“Do you ever go over games in your head? When you’re alone, I mean. Play all the way through them?”

Based on Peter Morgan’s award-winning play The Audience, Netflix’s lavish original series provides an insight into the life of Queen Elizabeth II from the 1940s when she first ascended the throne at the age of 25 after the demise of her father King George VI to the modern times. The series delves deep into the Queen’s political and romantic pursuits as well as the events that led to major developments in the late 20th century.

One of the best period dramas on Netflix, The Crown deserves all the high praise and accolades it has received ever since its inception. Although the series can keep fans waiting for an awfully long time, the episodes that are enriched by great narratives, exquisite aesthetics and stellar acting from the talented ensemble, are worth binging. It is always a delight to delve deep into the royal family’s nitty-gritty and inside politics for a good binge session. 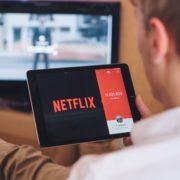 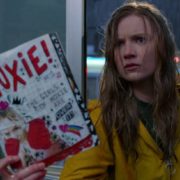 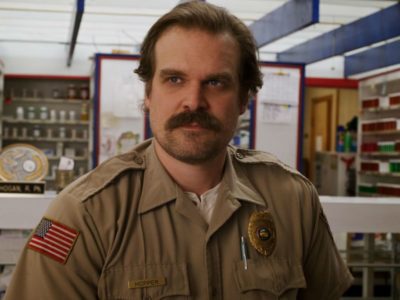 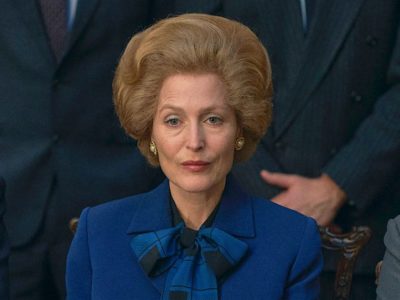 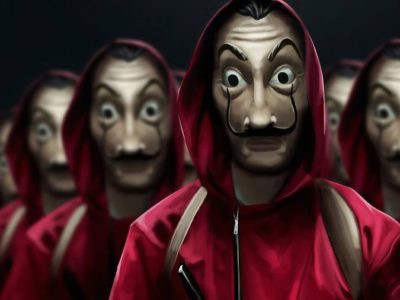 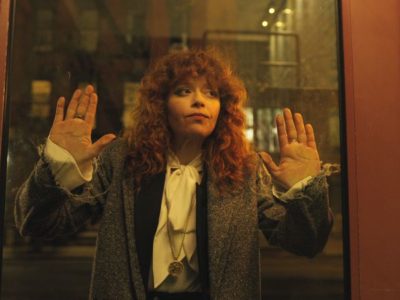